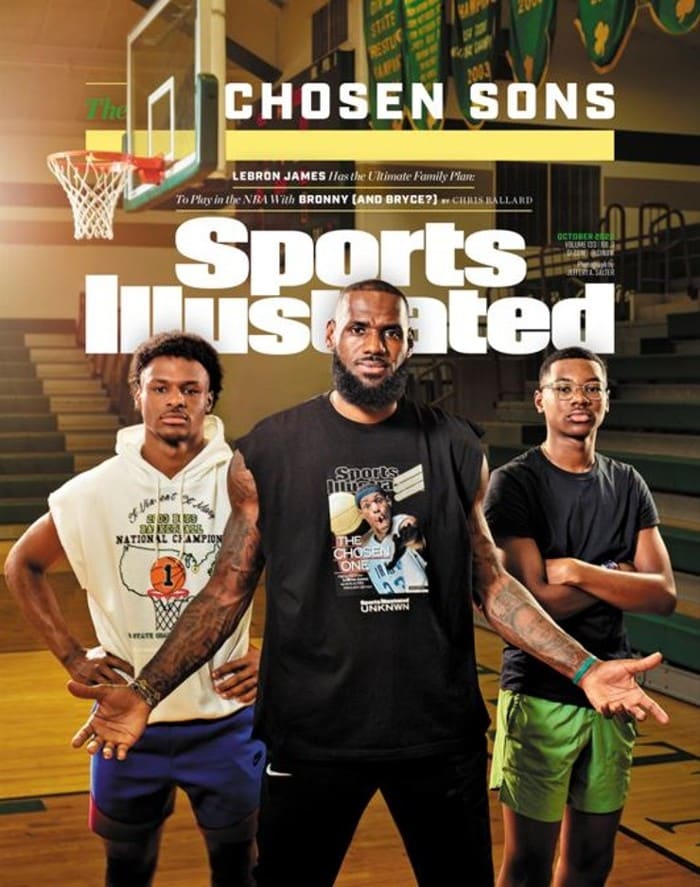 Los Angeles Lakers star LeBron James is back on the front cover of Sports Illustrated, alongside sons Bronny and Bryce. The four-time NBA champion first graced the cover of the February 2002 issue titled “The Chosen One.”

LeBron has graced 25 covers over the course of his 19-year NBA career. With 50 covers, Michael Jordan still leads all other athletes for the most Sports Illustrated covers. 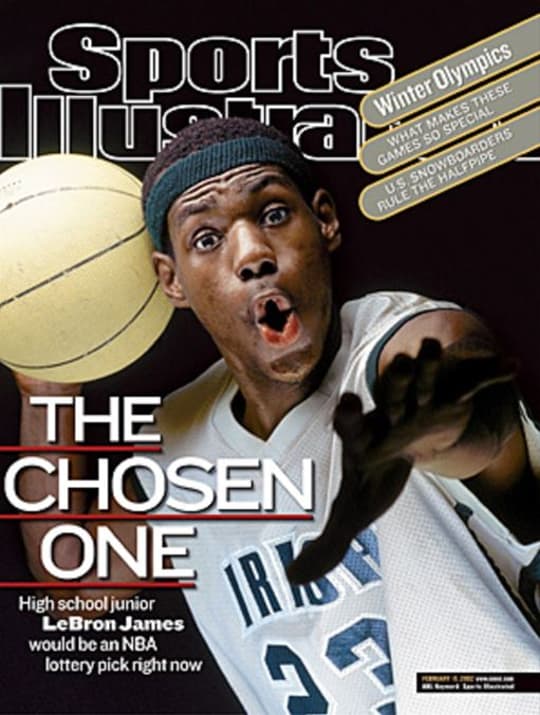 Now, the latest issue is titled “The Chosen Sons.” Written by Chris Ballard, the front cover reads, “LeBron James Has The Ultimate Family Plan: To Play In The NBA With Bronny [And Bryce?].”

Bryce, the 6’6″ sophomore forward at Sierra Canyon School in Chatsworth, is 15 years old and part of the 2025 class. He also plays for the Strive For Greatness AAU team as well.

Earlier this month on Instagram, James posted a workout video of him dunking with his sons next to the caption: “Simply no better feeling than doing what I love to do with who I love! Great work today Young’s #JamesGang #EarnedNotGiven.”

As for Bronny, he’s also attending Sierra Canyon School. He’s graduating in 2023. The 6’3″ senior guard will celebrate his 18th birthday on Oct. 6. According to 247 Sports, he ranks as the No. 45 recruit in the nation.

Bronny has received college offers from Duke, Kansas, Ohio State, Kentucky and Michigan. In his freshman 2019-20 season, he averaged 4.1 points per game.

On January 15, 2020, the guard scored a season-high 17 points against Viewpoint School. Though, James tore his meniscus in his sophomore season.

College scouts have been analyzing Bronny’s play. Eric Bossi evaluated the guard on Feb. 22. Interesting enough, he has comparable speed to LeBron James.

This is his scouting report by Bossi: “One of his strengths is his ability to make catch and shoot jump shots and he is a fantastic passer. James gives good effort on the defensive end where he plays with toughness and versatility.”

Furthermore, Bronny’s godfather is Phoenix Suns guard Chris Paul. Considering LeBron’s friendship with Paul goes way back, this is quite fitting. During his middle school years, Bronny wore the No. 0 jersey.

However, he switched to No. 23 in high school to honor LeBron James. Plus, he’s a big fan of Russell Westbrook, LeBron’s teammate on the Lakers. In 2020, Bronny signed with FaZe Clan, an esports organization and entertainment company.