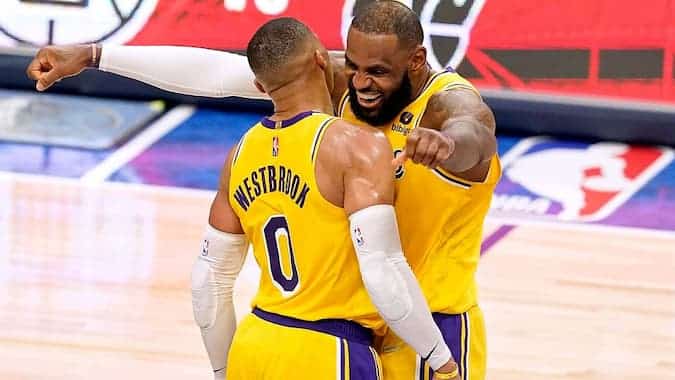 The LA Lakers are coming into the new season off the back of a very challenging one in the NBA , that saw them fall from as one of the championship challengers at the start of the year, to being 11th seed, with 16 games under .500 by the end of the season.

One of the main reasons behind the Lakers struggles, was the impact of Russell Westbrook. Westbrook signed for the Lakers in a huge offseason deal, that saw the team lose key assets in Kyle Kuzma and Kentavious Caldwell-Pope.

Westbrook didn’t fit the system, in one that worked so well at a point. LeBron averaged 30+ points last season, for only the second time in his career, all at the age of 37.

TIME FOR RUSSELL WESTBROOK TO PROVE LAST YEAR WAS A FLUKE pic.twitter.com/BU3Sysm9bo

The Lakers have a new head coach in Darvin Ham this season, and a new roster to pair with it. LeBron believes Westbrook can have a successful campaign. He was talking to the media on Lakers’ media day.

“I look forward to being a part of this journey with him this year. It’s going to be a great year for him and we’re going to be right there with him. We’re here and it starts tomorrow. It’s all about putting in the work and when you put in the work, you see the results, so looking forward to it.”

"It's gonna be a great year for him. We're going to be right there with him."

-LeBron on Russell Westbrook's fit with the Lakers pic.twitter.com/EZJ5Wp0jFz