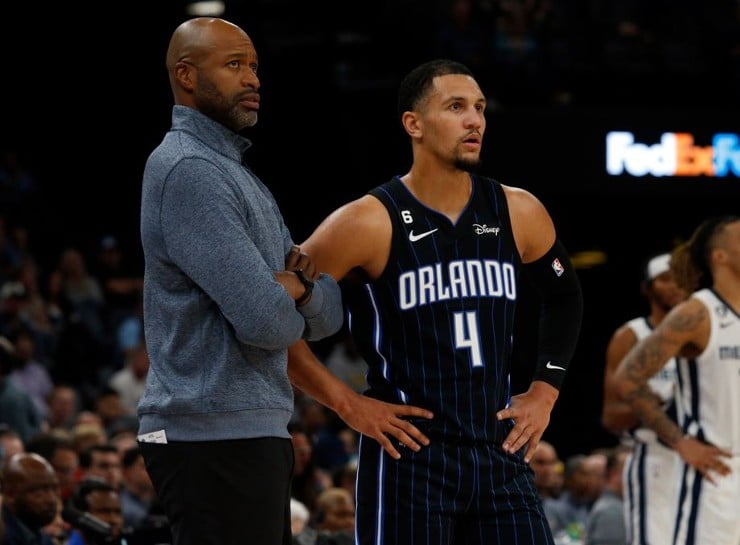 Orlando Magic guard Jalen Suggs will reportedly miss between 4-6 weeks due to a left knee injury he sustained during Friday’s preseason game against the Dallas Mavericks.

According to Dr. Tony Wanich, MD, an orthopedic surgeon at the HSS Sports Medicine Institute in New York, a capsule sprain typically takes 2-4 weeks to heal. Though, a bone bruise can take up to six weeks to recover.

“The nice thing is, a lot of it is really going to be driven by his symptoms” explains Wanich. “With these types of injuries, it’s sore and painful, but as soon as his pain subsides, he really can start to resume training and playing. Structurally, everything is intact.”

Per multiple NBA betting sites, the Magic have the fifth-lowest odds of winning a championship in 2023. Nonetheless, their odds are not discouraging bettors. Some sportsbooks are not ruling out a playoff appearance.

Suggs’ return to play will depend on how he responds to treatment. pic.twitter.com/ntaRQiJbsB

“If he was pain-free, he could play on it without having to worry if there’s going to be any damage being done,” continued Wanich. “It’s really waiting for his symptoms to resolve.”

Since his timetable for a return is 4-6 weeks, Suggs could very well miss the first nine games of the 2022-23 season. If he does, the 21-year-old might make his season debut on Nov. 5 against the Sacramento Kings.

Magic guard Jalen Suggs to miss 4-6 weeks due to a knee injury, could return in early November

Furthermore, the Magic are scheduled for a seven-game homestand from Nov. 3-16. With Suggs, the team finished 22-60 (.268) and dead last in the Eastern Conference last season.

In other words, head coach Jamahl Mosley needs Suggs back on the court as soon as possible. During the 2021 NBA Draft, the Magic selected the Gonzaga product fifth overall.

In November 2021, Suggs suffered a right thumb injury. He went on to miss 20 games. After the season, the Magic guard also underwent surgery to repair a slight stress fracture in his right ankle.

“Those things really can either go one of two ways — they can be the worst or be things that are really manageable,” said Suggs on Sunday when asked about his knee injury.

“Thankfully, it was one of those really manageable things. We’ll see in a couple of days, reassess how we’re feeling and go from there. That’s all I’ve heard. Just trying to stay in a good mind space, which I’m at right now.”

Of course, the Magic open their season next Wednesday against the Detroit Pistons. From Little Caesars Arena, this matchup will start at 7 p.m. ET.