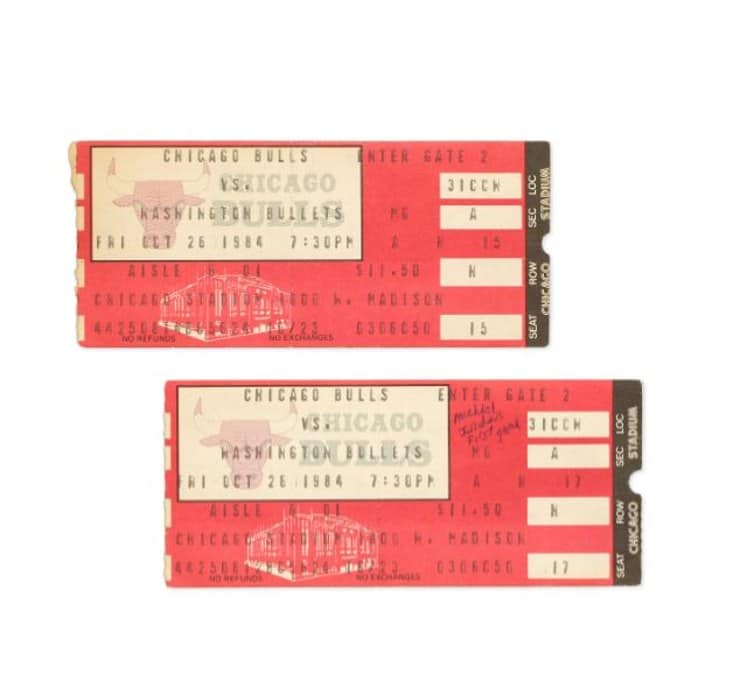 Michael Jordan NBA debut ticket stubs will likely sell for $300K at Bonhams, a privately owned international auction house. Of course, Jordan made his debut with the Chicago Bulls at Chicago Stadium on October 26, 1984.

Furthermore, in the 1984 NBA Draft, the Bulls selected Jordan third overall out of North Carolina. 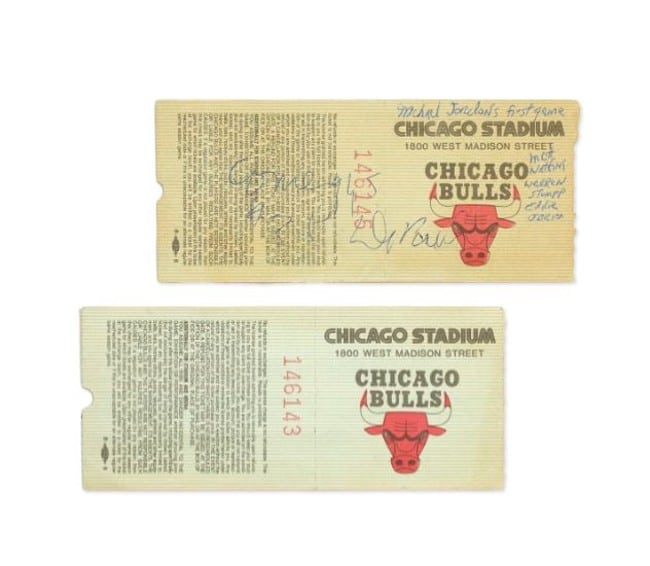 On the front of one of the tickets, the words “Michael Jordan’s first game” are written under “Enter Gate 2.”

Plus, on the back of the other ticket, former New Jersey Nets forward Dallas Comegys signed the stub, along with two of his friends who attended the game.

According to one Bonhams auctioneer, the owner of this pair of tickets was a junior in high school at Elgin Academy.

As a die-hard college basketball and NBA fan, he was interested in attending this Bulls game to see Michael Jordan make his debut. In the 1983-84 season, the team finished 27-55 (.329) and 10th overall in the Eastern Conference prior to drafting M.J.

During the evening hours, the high school kid talked to his dad to see if he could acquire four tickets to the Bulls game. Then, after making a couple of calls, his father received four season tickets.

While at Chicago Stadium, they spotted Dallas Comegys, an NCAA Division I star for the DePaul Blue Demons, sitting in front of them. After the Bulls defeated the Bullets, the kid asked Comegys if he could sign the back of his ticket.

For the next 38 years, they held on to the pair of ticket stubs. Now, the tickets are worth a house. Per one Bonham official, the ticket snubs could sell for between $200K to $300K.

Last year, another ticket stub for this game sold for $236K at an auction.

Michael Jordan went on to win six NBA championships, six Finals MVPs, five MVPs, Rookie of the Year, and Defensive Player of the Year with the Bulls.