The Los Angeles Clippers are 22-7 since Dec. 26, when Blake Griffin went down with a quadriceps injury. This winning percentage (.759) is third in the NBA over that stretch behind only the Golden State Warriors (.893) and San Antonio Spurs (.862). 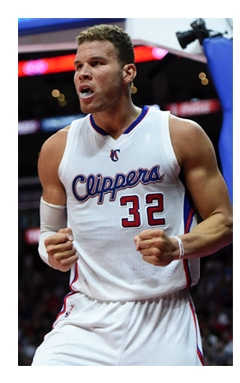 This has led some pundits to say that the Clippers are, in fact, better without Griffin – despite the fact that, when healthy, he was averaging 23.2 points, 8.7 rebounds and five assists while shooting 50.8 percent from the field.

Griffin has remained out longer than expected due to a broken right hand that he sustained on Jan. 23 during an altercation with a Clippers equipment manager (a close friend named Matias Testi, who has vacationed with Griffin in the past).

All of this has led to some strange drama in Los Angeles. Griffin was suspended four games without pay for the incident, saw his name appear in numerous trade rumors prior to the deadline and, now, is having to listen to critics say that the Clippers are better off without him even though he’s one of the best power forwards in the league.

While outsiders may make this argument that a Blake-less Clippers team is better, those in the locker room have stressed that they need Griffin back as soon as possible and can’t accomplish their title goal without him.

“We’re his support system,” Jamal Crawford added. “We all love Blake. No question about it. We love him to death. We can’t wait until he gets back. This guy is the top shelf of NBA players. Only a couple guys in the world put up [his] types of numbers. And we know him as a person, so we can’t wait to get him back. We’re just holding it down, doing what we do, until he comes back. He’s our big gun. We know that.”

DeAndre Jordan, who is very close with Griffin as well as the aforementioned equipment manager (Testi), downplayed the incident and provided an update on Griffin’s recovery.

“It was obviously a little tough, and those two guys are two of my best friends,” Jordan told USA TODAY Sports. “(But) boys are boys, you know what I mean? And stuff happens. You talk, fight about it, get over it, and that’s it. This is just on a bigger (scale). I think those guys are good, and as a team we’re focused on basketball. That’s what kind of got us through the nonsense.

“(Griffin is) obviously down that he can’t play. He’s upset about the fact that he can’t help us out right now. But he’s still working, doing his rehab and conditioning and all of that stuff just to get back, so we’re just trying to keep his spirits up.”

Crawford was surprised when the altercation happened, since he knew Griffin and Testi are very good friends who spend a lot of time together.

“I think for us, we were just disappointed from the standpoint that (Griffin and Testi) are both our brothers,” Crawford told USA TODAY Sports. “We were worried about, ‘Why are our two brothers (getting) into it?’ They’re family. We see these guys every day, you know what I mean?

“When Blake came and played in my celebrity game (in Seattle during the summer), it was him and Matias that stayed at my house. They’re really brothers.”

Judging by what the Clippers are saying, it sounds like this was an incident between friends that got out of hand and everyone is just waiting for Griffin to get healthy so that the team can get back to playing to their full potential.

In the meantime, Griffin’s teammates have held down the fort. L.A. is 39-20, which puts them in fourth place in the Western Conference. With Griffin out, the team dealt for Jeff Green from the Memphis Grizzlies at the trade deadline to provide some frontcourt reinforcements.

Griffin’s injury has allowed other players to step up and take on a bigger role, which could help L.A. come playoff time when those individuals are asked to contribute at a high level. But one thing is clear: The Clippers’ best basketball is still ahead of them and this team is at its scariest when Griffin is healthy and dominating.

In the latest installment of the Basketball Insiders podcast, Cody Taylor and I discuss how the recent buyout additions will help their respective teams, the Miami Heat’s ceiling, the Portland Trail Blazers’ excellent play and much more.