The three-day event (Sept. 2-4) was designed to prepare players for their respective team’s training camp, and there was also an NBPA dinner so that players could bond and receive updates on union matters. 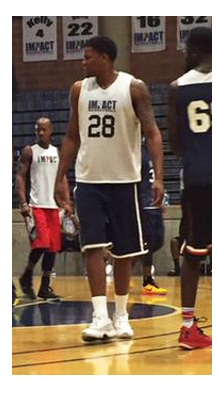 Several veteran free agents were also among the players in attendance, including Jason Maxiell, Keith Bogans, Dahntay Jones, Hakim Warrick, Marcus Banks, Greg Smith, Patrick O’Bryant and Scotty Hopson. Team executives weren’t allowed in the gym during the camp so this wasn’t a tryout; it was just a way for these free agents to get in game shape and test themselves against NBA-caliber talent so they’re prepared if they receive a training camp invite or a team brings them in for a workout.

Impact Basketball founder Joe Abunassar worked with the NBPA to organize the camp, and both parties are planning to make it an annual event that continues to grow going forward.

“Roger Mason is now with the Players Association and I’ve known Roger for a very long time, so we had discussed organizing a camp like this,” Abunassar told Basketball Insiders. “The Players Association is always trying to do two things: find ways to help the players and create opportunities for players to come together and [bond]. When we started talking about this, we knew that everyone is getting ready for training camp right now so it made sense for players to come to Vegas for a few days to train. Roger pitched it to everyone at the NBPA and it just came together. This was kind of a getaway for the players where they could all train and get together as a union.

“We definitely hope to do it every year. We’ll probably expand it and make it longer too. This year it was three days just because it all came together so late, but we’ve discussed making it several weeks where guys can come in and out to train with us. We’re looking forward to really expanding it, for sure. The response we’ve gotten from all of the players was extremely positive.”

Each day, the players were split into teams. From 8 a.m. to 12 p.m., each team would go through a schedule that included individual on-court work with coaches, skill development drills and a weightlifting session. Players were also offered Pilates classes, pool workouts and physical therapists among other resources. After all the players completed their scheduled workouts, the teams would play pick-up games.

Impact Basketball’s pick-up games are legendary since they often include star players. Years ago, Impact’s pick-up runs would include stars like Kevin Garnett, Chauncey Billups, Jermaine O’Neal, Rashard Lewis and Gilbert Arenas. Today, those veterans have passed the torch to All-Stars like DeMarcus Cousins, John Wall, Paul George and Kyle Lowry. Paul Pierce is one of the few players who’s been there for it all; Pierce suited up alongside Garnett and Billups back in the day, and he was there at the NBPA camp last week playing on a team with Jason Maxiell, Marcus Banks and Patrick O’Bryant among others.

“The thing the players like most is the five-on-five games,” Abunassar said. “To be able to play pick-up with 95 percent NBA players and five percent high-level guys from Europe who may end up going to an NBA training camp too, that is always great for them.” 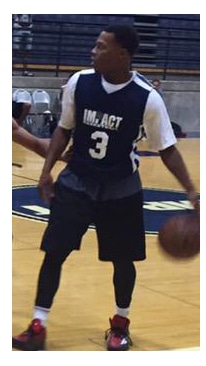 “With their mixture of guys – from All-Stars to rookies – Impact has the most competitive five-on-five around,” Kyle O’Quinn told Basketball Insiders.

At the NBPA training camp, all of the rosters were talented and constructed so that the teams would be relatively even matched (for example, each team had big men, a ball-handler, etc.). Even still, one team dominated the rest. The squad featuring Lowry, O’Quinn, Stanley Johnson, Tayshaun Prince and Hakim Warrick emerged as the best group. One reason they thrived is because those guys are Impact Basketball regulars who have been training together for quite some time.

“Kyle Lowry’s team won all three days,” Abunassar said with a laugh. “But if you look at that team with Lowry, O’Quinn, Tayshaun – those guys have been here training together for weeks, so they had chemistry. They were running plays! The first day, they won pretty big. But then, as the other teams got used to playing with each other, it was a little more competitive. The games got better each day.”

Several of the players who attended the camp raved about the experience.

“The NBPA training camp was fun, and I look forward to doing it again next year,” O’Quinn said. “It was great to hang out with different players from different teams. I even got a chance link up with some ex-teammates. Then, to top it off, after the workouts we all grabbed dinner and chatted about the happenings around the league. It was super fun.”

“It was cool to train and compete at a high level before [everyone] gets ready to start training camp,” Dahntay Jones told Basketball Insiders.

Organizing this camp was smart of the NBPA. Recently, the union also held an awards show in Las Vegas – to honor players and give them some say in the award process, but also to get a large group of players in one place for a union meeting (which was held the day after the award ceremony). These creative ways to get players involved in the NBPA could pay off, with players becoming more knowledgeable about the issues at hand, more prepared for a potential lockout in 2017 and more united should they have to fight the NBA owners in the next round of labor talks.

It would have been nice to see more of the NBPA’s leaders participate in these events, but that wasn’t the case. At the offseason camp, NBPA President Chris Paul was missing along with First Vice President LeBron James, Secretary-Treasurer James Jones and all six Vice Presidents (Stephen Curry, Kyle Korver, Willie Green, Anthony Tolliver, Andre Iguodala and Steve Blake). Some of those players did attend the awards show (Paul, Curry and Iguodala, to name a few), but James and many other players were noticeably absent from that as well.

With that said, Abunassar is optimistic that more players will attend the camp next year and says that late notice coupled with poor timing prevented a lot of individuals from attending.

“The idea came up a little bit late this year and it was sort of a weird time since it was right before Labor Day weekend,” Abunassar said. “A lot guys wanted to come, but they had already scheduled trips and made plans. And some players, especially the young guys, were about to report to their team. For example, Emmanuel Mudiay (who did his pre-draft training at Impact) wanted to come but he was already in Denver. Next year, we’ll have a lot more time to plan it. We just wanted to get it off the ground this year and let players know that this is something that’s going to be available moving forward.”

Much like the union’s inaugural award show, the first offseason camp in Las Vegas was a success. Expect it to continue growing over the next few years and, eventually, perhaps even become an event that the majority of NBA players attend as a way to prepare for their team’s training camp.

Speaking of Kyle O’Quinn, he was the latest guest on the Basketball Insiders Podcast.

Basketball Insiders’ publisher Steve Kyler hosted the episode and had a wide-ranging conversation with the New York Knicks big man. The two talked about O’Quinn’s free agency process, the incoming rookie class, some stories from O’Quinn’s NBA career and much more. Listen here:

The next episode of the Basketball Insiders Podcast will drop on Tuesday, with Kristen Ledlow of NBA TV as my guest. To listen to older episodes of the podcast, subscribe on iTunes or go to our SoundCloud page.