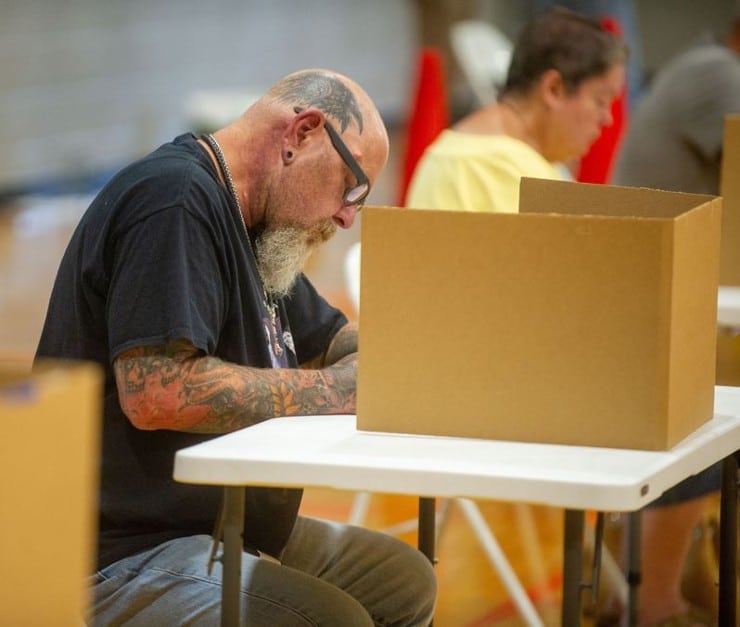 The NBA has announced that no games will occur on Election Day, Tuesday, November 8, 2022. The league is striving to promote nonpartisan civic engagement. The league office wants a high voter turnout for this year’s midterm elections.

On Tuesday morning, this statement was released by the league: “Over the next few months, teams will distribute information on their state’s voting process and voter registration deadlines and are encouraging everyone to communicate this information with families and friends to ensure they all have a plan.”

“On Monday, November 7, the league will use the platform of games played to amplify the work of each team to promote civil engagement in their respective markets and share important voting resources from our partners.”

The NBA today announced that no games will be played on Election Day, Tuesday, Nov. 8, 2022.

The scheduling decision came out of the NBA family’s focus on promoting nonpartisan civic engagement and encouraging fans to make a plan to vote during midterm elections. https://t.co/nFiEHlws0Q

According to multiple sources, the NBA will release the full schedule for the 2022-23 season on Wednesday, August 17 at 3 p.m. ET. Other rumors suggested the full release would come on Friday, August 19. However, the league wants the schedule released as soon as possible.

NBA announces no scheduled games on Election Day in 2022

“We don’t usually change the schedule for an external event but voting and Election Day are obviously unique and incredibly important to our democracy.”

“So, if we do something that people call a symbol, I would say, ‘That’s a good symbol.’ If we are talking about getting out, registering, making your voice heard in whatever way you think your voice is most important, uh, those are symbols that I think most people can and would support.”

Politics is one of the most important subjects. However, the topic is always divisive. There’s no beating around the bush. In the minds of fans, politics have no place in sports.

But how does one separate the two? The COVID-19 pandemic and national anthem have been politicized. Everything nowadays is political. That even includes the weather. Regardless, NBA commissioner Adam Silver hopes this plan leads the league in the right direction. The Los Angeles Lakers support it.