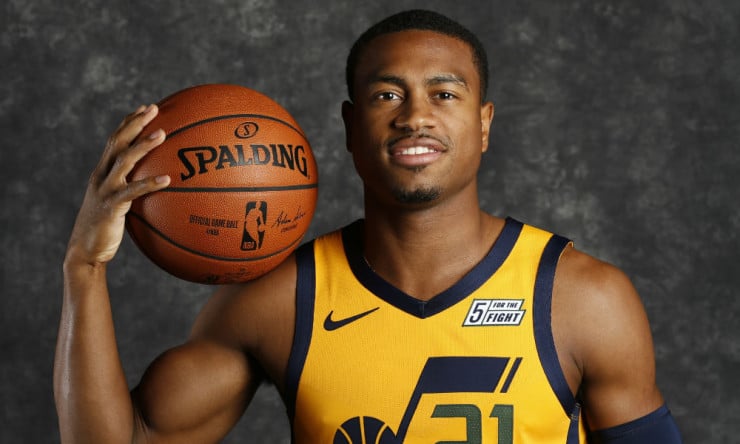 The Utah Jazz currently have three players out due to injury – all three point guards, coincidentally – so one might say they are a little shorthanded. Because of this, both of their two-way players – Tyler Cavanaugh and Naz Mitrou-Long – have been called up to travel with the team. Unfortunately for Utah’s G League affiliate, the Salt Lake City Stars, they are left short-handed.

Add this to the fact that their first overall draft pick – and arguably their most important player, Willie Reed – is done for the season.

Things like this aren’t uncommon for the G League. In essence, that is primarily why it is there. As a developmental league for the NBA, it is used to both groom young talent, as well as have players readily available when needed (for teams lucky enough to have a program in their area).

In a league that is growing more and more competitive with every game, every advantage a team can get is clearly a plus. Therefore, having the Stars so close has definitely been a huge positive for the Jazz.

Because a couple of heavy contributors are missing games, guys who are typically important role-players need to step up and be the key guys for the team.

Basketball Insiders had the chance to catch up with two of their young guards – Isaiah Cousins and Trey Lewis – after a recent home loss to fellow G League team the Stockton Kings (affiliate to the Sacramento Kings). In a close game where the Stars were slightly outmatched, these players stepped up in a big way and almost led the Stars to an unlikely come-from-behind victory.

Isaiah Cousins is having a career year with the Stars. His third year in the G League – and second with the Stars – Cousins is averaging 12.7 points, 6.4 assists and 4.6 rebounds a night. He’s currently second in the league in assist to turnover ratio at 3.27.

“Making the right reads and [not trying] to force anything,” Cousins told Basketball Insiders. “Whatever the scouting report is, each team has a different defensive scheme each game, so I look at the scouting report and see what they are going to do.”

Isaiah alluded to the fact that preparation is what helps him take care of the ball so well. In a league where taking care of the ball is essential to winning games, solid point guard play is a must. Cousins’ development in that area goes hand-in-hand with his ability to someday make an NBA roster.

“This is my third year in the G League so I’m experiencing and understanding the game now,” Cousins said.

When asked what position Cousins sees himself playing in the NBA, he noted his versatility.

Trey Lewis has been instrumental to the Stars’ winning record coming off the bench. Averaging 11.6 points and 2.3 assists, the team relies on his scoring and playmaking abilities to pull-ahead.

Although he isn’t in the starting lineup, Lewis finds himself closing out many games, thanks in part to his clutch shotmaking. Just over two weeks ago Lewis hit a big, go-ahead three-pointer with just seconds left to seal a home win. On the season – in which Lewis has only participated in 13 games due to an early-season ankle injury – Trey has already dropped 20+ points on four occasions.

Lewis played for a handful of teams during his collegiate years, ultimately ending up on Louisville with current Jazz star Donovan Mitchell. Lewis and Mitchell are now playing basketball for the same organization and living in the same city. “[Mitchell] is somebody who I talk to on a daily basis. We push each other, we motivate each other, and we support each other so it’s been great.”

Lewis garnered the essential skill of shooting the deep ball in college. While playing for Cleveland State in the Horizon League, he led the conference in threes made, knocking them in at a 42.3 percent rate.

After playing overseas in Germany for two seasons where he was a two-time All-Star in the BBL, Germany’s top basketball league, Lewis came back to the states.

“My goal since a little child has always been to play in the NBA,” said Lewis when asked why he came to the G League. “I feel like I had two great seasons overseas and felt like this was the next step to get to where I want to go.”

As the NBA continues its move to a heavy three-point shooting league, players are finding they need to adapt in this sink-or-swim situation. Players that can’t shoot the deep-ball – at least at a respectable mark – need to hold elite skills in other areas.

Luckily for Lewis, three-point shooting has always been a strength for him.

Basketball Insiders asked him where he gets his confidence from behind the arc.

“Just hard work; my regimen every day, sticking to my routine, getting my reps, and that builds confidence,” Lewis said. “I know I can hit those shots in needed situations.”

The window has opened for NBA teams to sign 10-day contracts. Whether they eventually end up with the Utah Jazz or with an entirely different franchise, it doesn’t matter. Cousins and Lewis will continue to grind so they can have their shot at a spot in the league. But for now, they will continue to work for their current team and help the Stars try and lift the G League championship trophy at the end of the season.