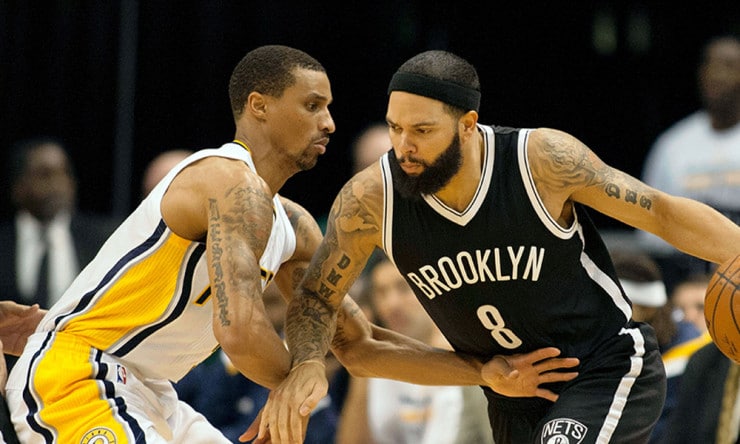 We’ve had to cool our collective jets twice this season in generating hot takes on summer trades that looked pretty lopsided at the time. The first was the deal that sent Jimmy Butler to the Minnesota Timberwolves, followed up by Indiana sending Paul George to the Oklahoma City Thunder. Literally everybody hated those deals.

That’s because in both cases, the return for the team dealing the superstar was poo-pooed by pretty much anybody with half an NBA brain, but already we have seen those returning players look much better than expected, making all those NBA pundits quake in their boots at Twitter cold take accounts exposing their (okay, “our”) vocal ineptitudes.

But all of this has been done to death in the press this season. We know that Victor Oladipo is going to step right into the All-Star team vacancy that Paul George left behind when we headed out west, and that Domantas Sabonis ain’t too bad himself. We know that Lauri Markkanen is good, that Kris Dunn is way better than we thought he was going to be, and that Zach LaVine has more than his fair share of star potential.

This topic won’t go away because these are the types of trades that are supposed to alter the fates of franchises. This obviously isn’t the first time in recent league history we’ve seen these types of rapid-fire deals. In the winter of 2011, for example, we saw a similar exodus of two superstars that played out very differently from each other, which probably means we will watch the development of Butler and George and Markkanen and LaVine and Oladipo and Sabonis all the more closely as a result. In other words, this story is only just getting started.

In 2011, when Carmelo Anthony was sent to New York and Deron Williams was dealt to New Jersey, the press on both deals was more or less the same: “The Knicks/Nets ended up with the best player in the deal, which is what really matters.” Nobody thought any of the pieces would come anymore near the quality of player that got shipped away. While to a certain extent that turned out to be true, the centerpieces of those trades didn’t exactly lead any team to the Promised Land.

Bill Simmons always has said that teams shouldn’t trade three quarters for a dollar bill. The Anthony trade, which sent Melo to New York along with Chauncey Billups in exchange for Wilson Chandler, Raymon Felton, Danillo Gallinari, Timofey Mozgov, and 2014 first-round pick that Denver ultimately sent away in the Dwight Howard deal to land Andre Iguodala, was a great example of coins for bills. The Williams trade was the same thing, with Utah returning Derrick Favors, Devin Harris, and two first-round draft picks, one of which became Enes Kanter.

Looking back on these two trades, which happened so closely together, just like Butler and George, the team that gave up their dollar bills for coins actually came out ahead when everything was all said and done. Neither the Knicks nor the Nets made any sort of truly threatening postseason run while they were with those teams, and while none of the guys sent back in the trades yielded All-Stars, the hauls were anything but the highway robberies they were billed as at the time. In fact, Denver and Utah actually got better once those guys were gone.

The same may prove to be true in the case of Chicago and Indiana, though the Pacers did get a likely future All-Star out of the deal, and Chicago may too, depending on how the future plays out for Markannen and LaVine.

In other words, moving superstars seems like an insane thing to do, unless the depth that comes back is more than just rotational guys. If teams are able to land a bona fide star to go along with players they actually can use, it might not be so bad to move a stud. Save money, diversify assets, and change the flavor of a locker room. Change is good sometimes, even just for the sake of change, and somethings getting ripped off isn’t as bad as it seems.