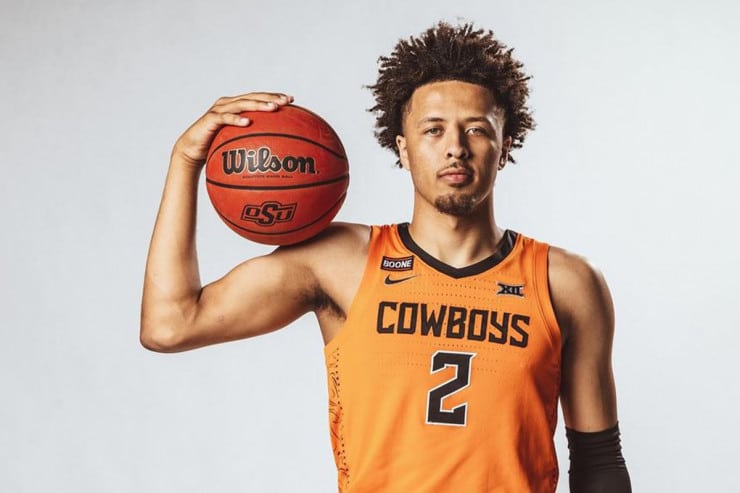 It has been 18 years since the Detroit Pistons had a top-three pick in the NBA Draft. Unfortunately, it was arguably the worst selection in the history of the event as they took Darko Milicic second overall ahead of Carmelo Anthony, Chris Bosh and Dwyane Wade. It was a night that everyone in Detroit would love to forget, and now they might be able to do just that.

Detroit will kick off the 2021 NBA Draft on Thursday night in what has been labeled as a loaded draft class, especially at the top. The last time the Pistons had the top overall pick, they did well by selecting Hall of Fame center Bob Lanier out of St. Bonaventure in the 1970 draft. The organization is hopeful that history will repeat itself.

Cade Cunningham is the consensus number one pick this year, which speaks volumes when considering the other candidates. While Detroit has not publicly hinted that they will take Cunningham, it would be an absolute shocker if he does not end up in the Motor City. It is a place that Cunningham has already grown fond of.

Cade Cunningham on his impressions of the city of Detroit pic.twitter.com/jIXItQYGx7

Should things go according to plan on Thursday night, there could be some déjà vu in Detroit. Aside from the Darko debacle, the last top-three selection by the franchise came in 1994 when they took Grant Hill out of Duke. The physical attributes are quite clear. Both players are listed at 6’ 8” tall and around 220 pounds. Just as their build is the same, so too is their demeanor on and off of the court.

Both Cunningham and Hill have similar playing styles and share many of the same strengths and weaknesses. They have incredible vision and passing ability that allows them to create for teammates. They use their size and strength against smaller defenders near the basket and are incredibly versatile with the ball in their hands. They are able to initiate offense from anywhere on the floor and have a complete all-around game that includes defense.

Cade Cunningham projects as a mid-post killer due to his size, footwork & touch inside of 15 feet. Really effective with his face-up shimmy, can get to jump hooks with either hand and has the makings of a turnaround game. More on Cunningham's go-to moves. https://t.co/dptqk6czxG pic.twitter.com/uiK7LQyNlo

Hill recorded 29 triple-doubles in his career. That is something that Detroit hopes to get out of the 19-year old playmaker. Unlike many situations where the top overall pick finds himself on a team lacking talent, the Pistons have done a marvelous job of transforming their roster under Troy Weaver. Most of their core is already under contract for next season and will be earning less than $6 million.

Cunningham will join Jerami Grant and Mason Plumlee, as well as two All-Rookies in Saddiq Bey and Isaiah Stewart. With Killian Hayes missing much of his rookie season due to injury, the Pistons have plenty of talent surrounding their new floor general. With some more talent and veteran leadership possibly coming onboard during free agency, Detroit should be able to return to the postseason next year.

As gifted as Cunningham is, he is not the most explosive athlete for his size. He won’t blow by defenders on the perimeter or leap over them for a highlight dunk, but that doesn’t stop him from attacking the basket. Like Hill, he has shown the ability to either create for teammates, create for himself, or simply finish at the rim. He makes the right reads against traps and hard hedges, making him even more difficult to defend.

The versatility is on full display whether it be on offense or defense. Cunningham’s seven-foot wingspan adds another element to his game as a physical defender with active hands. His high basketball IQ allows him to capitalize on filling passing lanes and his timing on shot-blocking. His improved jump shot has also elevated him as a true dynamic threat, scoring from all three levels.

Cade Cunningham is the most complete basketball player that I can remember coming into the draft. pic.twitter.com/lZpkwsbimk

As a Freshman at Oklahoma State, Cunningham averaged 20.1 points, 6.2 rebounds, 3.5 assists and 1.6 steals per game while shooting 44 percent from the floor. He plays under control and never looks rushed or uncomfortable. It may take him some time to adjust to the NBA game but he has all of the tools and attributes you would want a top prospect to possess.

The fit in Detroit is tailor-made for the versatile guard. Cunningham can do a little bit of everything and elevates the play of his teammates. Whether he is facilitating, scoring, or playing off the ball, his impact on the court is significant. Despite not being an elite athlete, he can initiate the offense and get his own shot when needed.

Detroit clearly lacked guard play last season, with Hayes out of the lineup. They relied upon Grant and Plumlee to fuel their offense, with the rookies filling in at times. With the addition of Cunningham and the return of Hayes, the Pistons will have a sensational young backcourt to go along with their already established frontcourt.

There is also the potential for Detroit to have one of the most improved defenses in the conference. With their length and athleticism, this young core fits right in with the culture of a blue-collar team built around defense. Much of their success will ride on the shoulders of Dwane Casey, as he returns for his fourth season in Detroit.

Both Hill and Cunningham are from Texas and their birth dates are just ten days apart. Hill spent his first six seasons in Detroit, where he enjoyed the prime years of his playing career that included the Rookie of the Year Award. Five of his seven All-Star seasons came as a member of the Pistons and he was often seen as the next great superstar.

While injuries derailed his career, Hill’s journey ended with a trip to the Hall of Fame. While it is too early to put those expectations on a 19-year old, it is safe to say that the Pistons are in good hands for many years to come.