The 2021 NBA Draft unfolded live at the Barclays Center earlier tonight and it did not disappoint!

60 college standouts were selected in total; each will be gunning for a big rookie year once the new season gets underway on October 19. 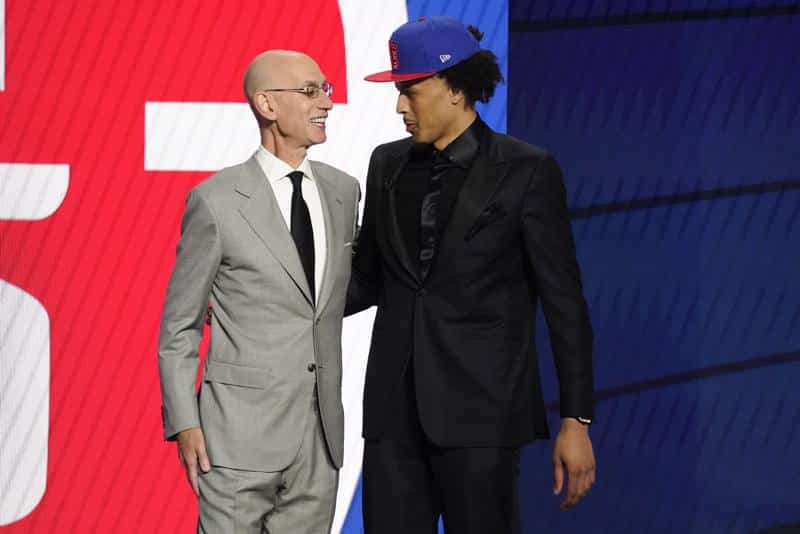 The Detroit Pistons did exactly what their fanbase asked for when they opted to draft Oklahoma States’s Cade Cunningham, with the first overall pick.

It may not have been much of a surprise to see the Pistons exit the Barclays Center, NY, with the freshman All-American (and -10000 betting favorite) in the bag, but that won’t dampen the excitement in Detroit! Cunningham averaged 20.1 points, 3.5 assists, and 6.2 rebounds per game for Oklahoma, so expectations are high for the young point guard, who will now be tasked with bringing the glory days back to a Motor City that hasn’t tasted championship gold since 2004.

The Houston Rockets took shooting guard Jalen Green from G League Ignite with the No.2 overall pick, before the Cleveland Cavaliers vouched for Evan Mobley, a forward out of USC, at No.3.

A complete list of picks from rounds 1 & 2 is featured below. A more detailed draft analysis and grades will follow shortly.