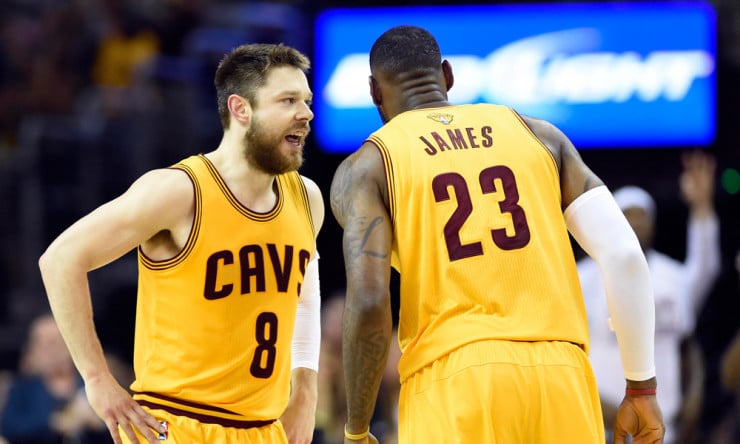 After Game 1, there were a lot of people wondering whether the Cleveland Cavaliers would win a single game in this series. The Golden State Warriors looked confident and hot, while Cleveland looked disjointed and walked away from the game without Kyrie Irving.

Things have changed considerably now that Games 2 and 3 are in the books, and Game 3 was a particular struggle for Golden State, who showed a whole lot of flaws for perhaps the first time all season. Stephen Curry only had three points at halftime, while Klay Thompson only had six. At that point, only Andre Iguodala was playing with any sort of consistent energy and, as such, he was the only guy in double digits at that point. The whole team only had scored 37 at the break, which is staggering considering they averaged 110 points per game during the regular season.

In the second half, the Cleveland lead spread to 20, and while Golden State made a pretty valiant comeback behind a bevy of high-difficulty Curry three-pointers, it was too little too late, and the Warriors are going to have to jump out to a hotter start if they’re going to have a shot at winning three of the next four games. They’re going to have to deal with Cleveland’s physical defense, find a way to take smarter shots earlier on and keep their composure under pressure. None of the players on this team have any NBA Finals experience, and it shows. Perhaps these two straight losses have been enough Finals experience to switch things back into gear for the Warriors.

Throughout most of the first half, Cleveland ran the offense through LeBron James, giving him the ball in the post and then letting him work his magic on Harrison Barnes, who had no answer for James’ muscle. That set the pace for the Cavaliers and helped them establish themselves as the more physical team from the get-go. Frankly, physicality is what won this game for Cleveland, not only through James’ muscle on offense, but through Matthew Dellavedova’s defense on Curry, Tristan Thompson’s offensive rebounding and J.R. Smith’s big shots in the first half.

They were tougher, and against a team playing in their first Finals, that physicality really got to the Warriors. The Cavs are just driving them nuts, and it’s showing as Golden State continue to lose its composure.

Inexperience isn’t really an excuse for ineffectiveness, however, as Dellavedova was one of the stars of the game, scoring 20 points and frustrating Curry in each of the last two games. It’s impossible to fathom how much money he’s made himself in these playoffs, but his effort is making a huge difference in Irving’s absence. What he’s doing is really impressive, but not as impressive as what James is doing. Officially, he now has scored more points through the first three games of the NBA Finals than any other player in history.