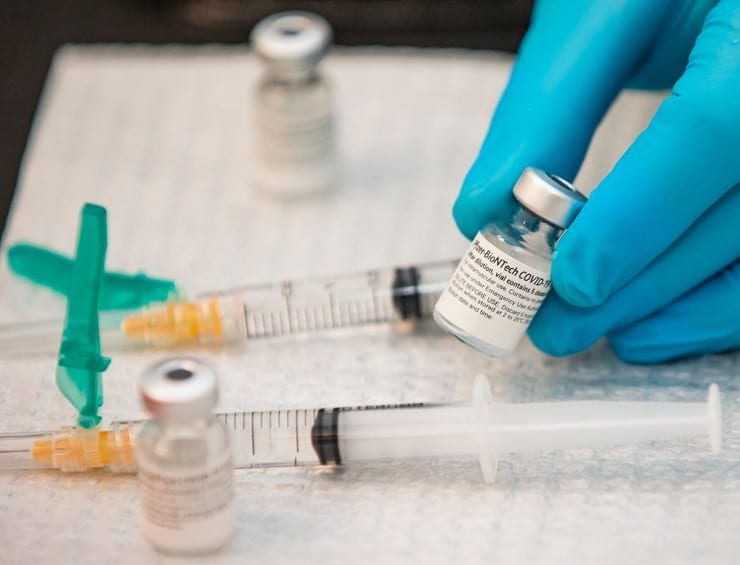 The NBA has officially released the health and safety COVID-19 protocols for the upcoming 2022-23 season. Shams Charania of The Athletic received the inside scoop.

Following a positive test, NBA players are also required to isolate immediately. That should go without saying. Not to mention, face masks are no longer required.

For the 2022-23 season, the league’s latest health and safety COVID-19 protocols is a step in the right direction. Though, fans and players remain divided on this topic.

Should the medical staff test all players when symptomatic? That’s the ultimate question. Vaccinated players are not immune to spreading the virus.

In the 2021-22 season, Brooklyn Nets guard Kyrie Irving missed 53 games for refusing the vaccines. After New York City expanded its COVID-19 vaccine exemption to professional athletes in late March, the guard was then eligible to play in home games at Barclays Center.

On March 27, in the Nets’ 119-110 loss to the Charlotte Hornets, the seven-time All-Star made his season home debut. He ended his performance with 16 points and 11 assists.

In 29 games played last regular season, Irving averaged 27.4 points, 4.4 rebounds, 5.8 assists and 1.4 steals per game. Then, the Nets were swept by the Boston Celtics in the first round of the playoffs.

However, Irving was not the only NBA player who resisted the COVID-19 shots. Golden State Warriors forward Andrew Wiggins and Orlando Magic forward Jonathan Isaac also refused the vaccines.

Of course, Wiggins received the shots in mid-October 2021, per head coach Steve Kerr. He then helped the Warriors finish third in the Western Conference standings and defeat the Celtics in six games of the 2022 NBA Finals.

Furthermore, when Isaac was asked about his decision, the forward released this statement: “I believe that what I’m saying is rational, and it’s free. We live in the land of the free and the home of the brave and we have the opportunity and the platform to say what it is that we feel that is right.”

“I’m taking that right to do so, not just for me, but for all of those people who feel like they don’t have a voice.”

For the bottom line, professional athletes and other American citizens should never have been scrutinized and harassed for refusing the shots to begin with. To this day in 2022, not much is known about them. Like it or not, individuals remain concerned.

Hopefully, maybe now sports leagues across the world can return to normalcy. Both sides have demonstrated sound arguments over the past several months. The NBA deserves a reset. At this point, everyone should just agree to disagree. It’s time to finally put this story to bed.