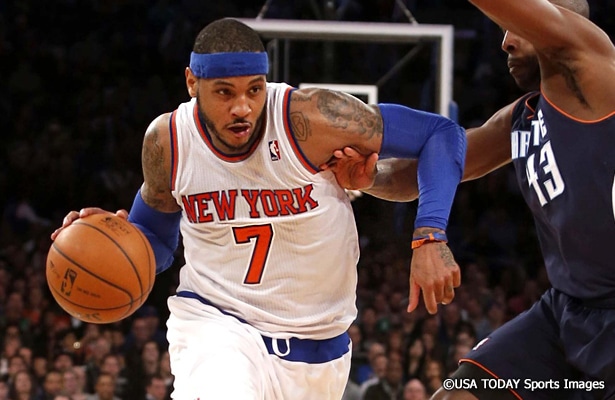 After 22 weeks of NBA action, the playoffs are on the horizon, but more than in recent years past, injuries and attrition have begun to dominate the conversation leading into April.

From Dwight Howard to LaMarcus Aldridge to Andre Iguodala to Russell Westbrook in the West to Kevin Garnett and Dwyane Wade in the East, there are quite a few key cogs on contenders that are trying to nurse themselves back to 100 percent in pursuit of the Larry O’Brien trophy.

That is the major story heading into April—at least at the top of the respective conferences.

And at the bottom? Some fierce battles are taking place in front of our very eyes. While it appears as though the Charlotte Bobcats are in and the Cleveland Cavaliers are out, nothing has been settled. Meanwhile, the surging New York Knicks have experienced a meteoric ascent in our Power Rankings after reviving their playoff hopes by putting together a 10-3 stretch that finds them a single game behind the Atlanta Hawks. It is a dogfight for the eighth seed out East, even if it is one that features a poodle and a chihuahua.

Meanwhile, out West, the Golden State Warriors are doing their best to hold onto the sixth seed, but lead the ninth-seed Memphis Grizzlies by just two games. The Grizzlies, Phoenix Suns and Dallas Mavericks are locked in a three-way battle for the final seed. Who will win is anyone’s guess.

But one thing that does not need to be guessed is who is the apple of our eye this week. Tim Duncan, as the reigning Player of the Week, had helped his Spurs win 17 games in a row. They’ll have a tough time reaching 20, but for now, they get our love.