There are players who come along but once every so often: Tim Duncan and LeBron James are among them, and maybe, if he’s lucky, Kevin Durant can one day be listed in that class.

In the summer of 1996, Jerry West was fortunate enough—or, depending on how you look at it, smart enough—to get his hands on one such player: Kobe Bryant. 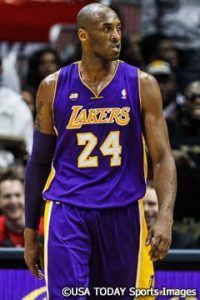 A full 20 years later, as Bryant is wrapping up a career with accolades a bit too numerous to list, he does so after putting forth arguably the greatest career that a generation of NBA fans have witnessed to date. And when he looks back at his storied career, yes, he may have done things a little differently. He may have tried to better understand, earlier, that winning basketball is not all about what transpires between the lines on the basketball court, but that it is just as much about what transpires between one’s ears. And yes, he may have tried harder to work things out with Shaquille O’Neal and Phil Jackson. But that’s all water under the bridge now.

For the first time ever, for Bryant, this journey isn’t about the intended destination and it isn’t about him chasing his legacy; it’s simply about the journey itself.

For Bryant, the meeker, happier and softer version of himself—for the first time ever—winning is not the priority.

Finally, after all these years, after all the injuries, heartache, late nights and early mornings, the once maniacal Bryant is truly at peace with the game of basketball.

About three weeks before Kobe Bryant told the world that he planned on retiring at the end of the 2015-16 NBA season, I knew that the announcement was forthcoming. And no, I didn’t know because of any sort of sourced information. I knew simply because I know a thing or two about the competitive fire of a professional athlete.

The winless Lakers visited New York City on November 6 after losing their first four games. At Brooklyn’s Barclays Center, Bryant played in that building for the first time since the disastrous 2012-13 season.

In that game back in the 2012-13 campaign, Bryant gave us one of the final highlight reel worthy plays of his career. During the game, due to injury, he lost Pau Gasol. After it, though, is when he seemed to have permanently lost Dwight Howard.

Bryant had just put together an impressive-enough game against the Nets on that night in 2013, including the aforementioned dunk that few thought the 34-year-old could still muster. But after the Lakers pulled out the win that they needed, Bryant spent just as much time discussing the absence of Howard. The center was unable to suit up against the Nets due to a few injuries that he was nursing, mainly a torn labrum in his right shoulder.

Throughout that disappointing season, Bryant seldom smiled. He also seemed to take just about every opportunity to publicly chastise Howard. Deep down, Bryant was disappointed that the heir apparent to his throne atop the Lakers kingdom seemed unworthy. Still pursuing his own greatness and cementing his legacy, Bryant selfishly prodded Howard.

“I don’t think he’s ever had to play through injuries his entire career,” Bryant famously said of the rehabilitating Howard during the season each of the two would like to forget.

“It’s a new experience for him,” Bryant said, intimating that Howard wasn’t tough.

Two nights later, when the Lakers traveled to Boston to battle the Celtics, Howard fired back.

Paul Pierce dominated the Lakers that night, sending the team to a 23-27 record after the Celtics embarrassed the Lakers in a nationally televised contest to the tune of a 21-point beating.

That night in Boston, I’ll always remember how members of the East Coast media were stuffed into the visiting locker room in TD Garden waiting for Howard and Bryant to address us. Howard was passive and dismissive of everyone, including Bryant, while Kobe tried his best to downplay the extent to which he had challenged and questioned Howard.

That night, as I walked out of TD Garden, I remembered thinking that the frustration had gotten the best of each of the two, and that their partnership was on the brink of a collapse. Months later, after the Spurs had ended the Lakers’ season, it came as no surprise to learn that Howard had opted to take his talents to Houston.

During my years of covering the NBA, I saw more of the Lakers that season than I had any other, spending the better part of two of their East road trips following the team and following their progress closely from afar. That, after all, was the team that many, including myself, thought was capable of approaching 70 wins. That capability is something that Bryant and I agreed on.

Still searching for glory, it is those expectations that would help to eventually drive Howard away. Those expectations are now a distant memory, and it is that knowledge—and peace with that reality—that has helped Bryant warm to the idea of riding off into the sunset.

As an East Coast NBA columnist, I have had the opportunity to spend a large part of the past 13 years chasing LeBron James around. Kobe Bryant, for me, at least, has always been a bit more an enigma. I recently tweeted that one of the cruelest things that the basketball Gods have done was not allow Chris Paul and Carmelo Anthony to end up spending their prime years together. But one thing that was even worse than that was not ever giving us LeBron James vs. Kobe Bryant in the NBA Finals.

If you think long enough, you will easily recall that this is what we were supposed to have back in 2013. The Miami HEAT had just captured their first NBA Championship under James and were looking toward repeating, but with Steve Nash, Antawn Jamison and Howard having been added to the existing core of the Lakers that featured Bryant, Gasol and Metta World Peace, there were many—including myself—that strongly believed the Lakers would sit atop the Western Conference that year.

Unfortunately, infighting, injuries and chemistry issues undercut all of that, with the lowest point of the season coming when Bryant suffered his career-altering ruptured Achilles tendon in the third-to-last game of the regular season.

In the end, the Lakers would clinch their token playoff spot on the final day of the regular season, end up with a 45-37 record and a sweep at the hands of the San Antonio Spurs in the first round of the playoffs.

Since then, neither Bryant nor the Lakers have been the same.

The Lakers for the worse, but Bryant, perhaps, for the better.

It’s a fairly brisk evening in January 2016. By this point, Bryant has put to rest the questions surrounding his ability to play the game.

Long gone are Phil Jackson, Mike Brown and Mike D’Antoni. Dwight Howard is in Houston, Pau Gasol is in Chicago and Bryant looks around at a locker room featuring the future of the franchise. As Julius Randle works out on the floor before tip-off, the shirtless Bryant receives treatment on his ailing shoulder. He pops in and out of the locker room with an ice-pack bandaged on it, stopping to briefly converse with members of the media and the team’s public relations staff.

Even after the Lakers lose a game that will ultimately go down as meaningless, in terms of demeanor, Bryant seems truly happy and upbeat. Kevin Durant and his Oklahoma City Thunder are visiting and the nationally televised game, Bryant knows, is the final time he will host Durant and Russell Westbrook in his building.

Neither before nor after the game would you know that Bryant’s Lakers were closer to the bottom of the league than the top.

In fact, 2013 may have been just three years ago, but in basketball years—and for Kobe Bryant—it seems like a lifetime ago.

“Yea, of course it does,” Bryant says when asked whether the losses still matter to him. 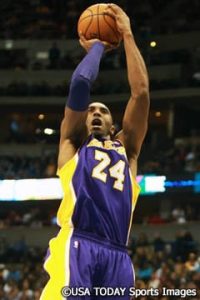 “I just hide it a lot better now,” he says with a chuckle.

And in that moment, Bryant gave a glimpse into the relationships that he has fractured over the years, mainly with Shaquille O’Neal and Dwight Howard.

Potential is a word that has become synonymous with these Lakers, who will enter play on January 11 at 8-30. But a championship is seemingly as far away as Bryant’s rookie season.

“I think the team we have now, we’re playing hard,” Bryant said with a nod and a somewhat proud tone.

And alas, he declared the war to be over.

Bryant being satisfied with his team merely playing hard is conclusive evidence that the battle that he waged with his inner demons—the battle to win at all costs—was finally over. It’s something that he knew long before he announced it to the world back in November, but still, for me, it is something that was quite profound. It was the first time I’d heard Bryant make such an admission with my own ears.

Wiser and more mature, Bryant extols the virtues of Russell Westbrook and Julius Randle and, yet again, takes an opportunity to remind everyone of his age.

For the first time ever, I was able to witness Kobe Bryant at peace.

And with the Lakers rolling along to the finish line of the 2015-16 season—Bryant’s 20th wearing Lakers purple and gold—the fight was over, the chase had ceased and, it was quite obvious, that the competitive fire had been extinguished.

Since entering the league back in 1996, Bryant has been pursuing greatness. The chase may have cost him a lot—relationships, health and sleep, to name a few.

But as he takes one final lap around the NBA, going out on his own terms and, for once, enjoying the journey itself more than its intended destination, it’s pretty obvious that Bryant is fully at peace with himself.

Had he found a way to patch things up with Phil Jackson and Shaquille O’Neal, who knows what could have transpired. After winning three of the four NBA Finals they competed in during the 2000-04 seasons, the team seemed only tweaks away from returning to the Finals in 2005.

But had he patched things up and had he remained beneath the massive shadow cast by O’Neal, would Bryant ever have been considered one of the greatest?

A long time ago, the roads diverged. Bryant took the one less traveled. And now, finally, almost 12 years after his famous divorce with O’Neal—after he dedicated his life to proving that he could succeed without the ‘Big Aristotle’—Bryant has finally found his inner peace.

Patient, poised and relaxed, Bryant now appreciates the smaller things about the game. The camaraderie, the preparation and the roars of the crowd. As he drifts off into the sunset and leaves the franchise he has grown to love in the capable hands of a talented young nucleus, on this brisk January evening in 2016, after 20 years, it is obvious that Bryant has found his inner peace.

Better late than never, I suppose.

And in the end, based on how things have transpired, I’m willing to bet that Kobe Bryant wouldn’t change a single thing.