Already, the 2015-16 NBA season has been full of surprises. Many people believed the New Orleans Pelicans and Washington Wizards were ready to take the next step forward, but thus far, each team has shown evidence of serious regression.

The Houston Rockets were thought to have an opportunity to compete for the Western Conference crown, but instead, on December 6, they will enter play merely one game ahead of the Portland Trail Blazers—a team that not even Damian Lillard’s mother thought had a chance of qualifying for the playoffs out West.

And as the 2015-16 season ticks along, of course, the Golden State Warriors have revealed themselves as the biggest surprise. Sure, we knew that the defending champions were good, but we didn’t know that they were historically good. To this point, scores of people have tried to give reasons for the unprecedented success of these Warriors. Many others have tried to determine whether they have an opportunity to beat the 33-win record set by the 1971-72 Los Angeles Lakers for most consecutive regular season wins, while more question if they join Michael Jordan’s 1995-96 Chicago Bulls as the only two teams to win 70 regular season games.

But as an entire league sits back and marvels at the success of the Warriors, just as with Draymond Green last year, a fair number of other teams imagine poaching one of the most underrated players in the entire league from beneath their noses.

That would be Harrison Barnes.

Since LeBron James opted to defect from Cleveland back in July 2010, there has been a renewed attention given to free agency. It can legitimately be argued that, prior to then, free agency was a means by which teams were able to sign auxiliary pieces to help augment their cores, not attract star players around whom championship cores could be built.

For reference, Andre Iguodala, the 2015 Bill Russell NBA Finals Most Valuable Player, became just the fifth player since 1985 to be named the Most Valuable Player of the Finals for a team that didn’t either draft him or acquire him on draft night. That puts him on a short list with LeBron James, Chauncey Billups, Shaquille O’Neal and Kareem Abdul-Jabbar.

That is a statistic that I cite often because I believe that it underscores the simple point that you cannot buy your way to an NBA Championship.

Still, though, that doesn’t mean that teams won’t try.

Barnes, like his teammate Draymond Green, is an auxiliary piece for the Golden State Warriors. The 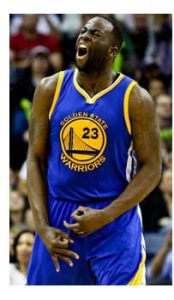 argument can be made, though, that they are a team that is comprised exclusively of auxiliary pieces. Among the Warriors, Stephen Curry may be their alpha-male, but his personality and the way that he carries himself isn’t indicative of a player who believes that it is his team and his ball and that everyone else is just along for the ride. And that’s what has made the Warriors a remarkable team to watch. In fact, that is what has made them historically great.

Saturday night’s come-from-behind win in Toronto, for the Warriors, was another night when they needed Curry to be truly great in order for them to escape with the victory. However, thus far this season, there have been two games where Curry has failed to score as many as 20 points and another six where he has converted less than 45 percent of his shots from the field. In other words, the Warriors will enter play on December 6 undefeated, despite the fact that they did not get Curry at his peak.

That is primarily because, as a team full of auxiliary pieces, the other core members—Draymond Green, Festus Ezeli, Andre Iguodala, Andrew Bogut, Leandro Barbosa and Shaun Livingston—are able to capably dig deep and bridge the gaps in times of need.

Although the Warriors are dealing with attrition and have been without Barnes since November 27, he has long carved out a niche for himself in Steve Kerr’s (and Luke Walton’s) rotation. He will be a part of a free agency class in July 2016 that will be full of plus-contributors and maximum-salaried players.

At the head of the free agency class of 2016 is Kevin Durant, with Al Horford probably a close second. The second tier of impact free agents will include players who have seen better days, but who are still capable of positively contributing to the winning environment: Nicolas Batum, Al Jefferson, Joakim Noah, David Lee and Joe Johnson.

Rajon Rondo remains an interesting case, as he has slowly shown signs of progression and is proving that he isn’t “washed up,” while Ryan Anderson is in the similar predicament of trying to restore his market value to where it was previously.

But after that, there are quite a few younger players whose ceilings are still somewhat unknown: Andre Drummond, Jordan Clarkson, Hassan Whiteside, Evan Fournier and Bradley Beal. It is within that latter class that Barnes belongs.

We know that Barnes, every so often, is capable of being a great player and carrying a team on his 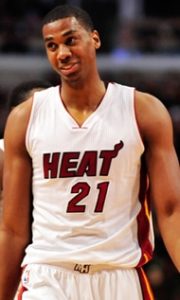 shoulders. We have seen it in regular season and last season, we saw it during the playoffs. But the question that needs to be determined is whether or not, like Kawhi Leonard and Jimmy Butler, he is able to carry that burden each and every night. And the better question, for him, is whether or not a team is willing to pay him a maximum-salary to find out.

Barnes made news when it was reported that he turned down an extension offer from the Warriors that would have paid him about $64 million over four years. But with the 2016-17 salary cap expected to land somewhere in the $90 million range, a maximum contract for Barnes could begin with a first year salary in the range of $22 million.

There are a fair amount of scouts and general managers across the league that do not believe that Barnes would be “worth” that type of investment, however, there are many people who said the same thing about Reggie Jackson of the Detroit Pistons. After being acquired from the Oklahoma City Thunder, Stan Van Gundy re-signed Jackson to a five-year, $80 million maximum contract. The move was chastised by many, but the 25-year-old Jackson has emerged as a go-to player for a Pistons team that will enter play on December 6 as one of the surprise teams in the Eastern Conference. With Andre Drummond, Jackson’s 20.1 points, 6.6 rebounds and 4.2 assists per game, at the very least, prove that he is a capable and productive guard in the NBA.

At the end of the day, more than anything else, young NBA players are paid based on promise. When a player becomes eligible for an extension or hits free agency, his representatives and his front office come together and essentially set a price on his stock. Stephen Curry, the reigning Most Valuable Player and most exciting “small guard” to watch since Allen Iverson, is the fifth highest paid player on his own team this season and will earn a combined $23 million for the 2015-16 and 2016-17 seasons. That’s one gamble that worked out in favor of Curry’s front office. The same cannot be said for the New Orleans Pelicans, who matched a max offer sheet that the Phoenix Suns tendered to Eric Gordon back in 2012.

Often, the secret behind an NBA player’s worth is determining what his end game is. This past week, I had an opportunity to catch up and interview former NBA All-Star and New York City basketball legend Kenny Anderson. Anderson pointed out that there are some players who simply pick up a basketball and pursue the game because they see it as a “way out” from trying socioeconomic circumstances. Often times, those players are the ones whose endgame is the big contract and the eight-figure salary. Often times, those are the ones that disappoint.

Then, there are others who are motivated not by the money, but by the chase to be great. For the special few, the eight-figure contracts are not the end game. Rather, they are merely byproducts that come on the continuum from neophyte to Hall-of-Famer.

There is a stark difference, and what I can assert as fact is that Barnes is the latter. It has been a well-kept secret that the acquisition of Andre Iguodala, at least initially, hit him especially hard. Barnes, I am told, believed that he had done everything asked of him and everything within his power to become great, and at the time, it seemed that all he got for it was a demotion.

Sometimes it’s difficult for a young player who is hungry and seemingly on his way to subjugate his want for personal accolades and proving himself for the greater good of the team. But in the years that have progressed, Barnes has done exactly that.

Still, it is important to not confuse that with complacency. Like Reggie Jackson, Barnes wants to be great. How great he can actually be, at least while he remains an auxiliary piece in Oakland, remains to be seen.

But this summer, whether it be the Warriors or another NBA team, when Barnes hits the market as a restricted free agent, you better believe that someone will be willing to pay him a pretty penny for the sake of finding out.