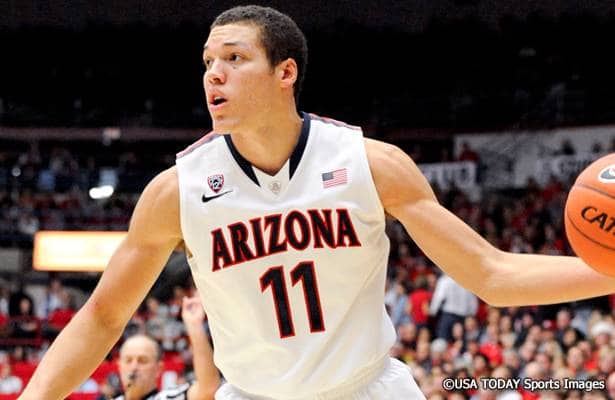 Day five of the 2014 NCAA Tournament has come to a close. Again it was the (11) Dayton Flyers who stole the show, continuing their Cinderella run by overcoming the (10) Stanford Cardinal.

Which players shined the brightest on the fifth day of March Madness? Basketball Insiders put together a list of the day’s studs:

Jordan Sibert, Dayton – After knocking off Ohio State in the Round of 64 and Syracuse in the Round of 32, (11) Dayton kept the magic going on Thursday against Stanford, scoring 42 points in the first half on 15 made shots, 13 of which were assisted.

Jordan Sibert led the way with 18 points of 7-of-12 shooting from the field, and 4-of-9 from three-point range. Sibert also contributed three rebounds, two assists, one steal and no turnovers. Sibert continued his strong play from the previous game, adding more scoring to a potent Flyers offense that poured in 82 points on the Cardinal.

Sibert, a junior, is not likely to be drafted into the NBA. However, he and the rest of the Flyers won again through a collective effort, earning a spot in the Elite Eight. All eyes will be on Sibert and the Flyers to see if they can keep this amazing run alive in the next round.

Frank Kaminsky, Wisconsin – In their last game, (2) Wisconsin struggled to keep pace with high-scoring Oregon, going into halftime down 12 after giving up 49 first half points. However, in the second half they went off for 48 points in the final 20 minutes and ran past the Ducks, 85-77.

On Thursday, the Badgers faced (6) Baylor. The Badgers held the Bears to a season-low 16 points in the first half and never let up, winning 69-52. Frank Kaminsky led the Badgers with 19 points on 8-of-11 shooting and 3-of-4 from the free throw line. Kaminsky also contributed four rebounds, three assists and six blocks. Kaminsky and the Badgers had their way with the Baylor defense and shut them down on offense. The Bears barely managed to score enough to tie their season low in points scored.

Kaminsky, a junior, is not likely to declare for this year’s NBA draft. However, at 7’0 tall, NBA general managers will keep an eye on Kaminsky’s continued development. Kaminsky had a major impact on both ends of the court, most notably swatting away six shots, earning him a spot on tonight’s list of studs.

Michael Frazier II, Florida– Part of what makes (1) Florida so good is their balance, and on Thursday it was Michael Frazier II who turned in the performance of the night. Frazier entered the game on an extended shooting slump, going 3-of-13 in the first two rounds of the tournament. You would have never guessed it based on the way he shot the ball tonight. Frazier scored 19 points, on 7-of-13 from the field, but more importantly, 5-of-8 from beyond the arc. He also contributed six rebounds, three assists and one steal. The difference in this game was three point shooting as (4) UCLA went 3-of-18 from long range, while the Gators went 8-of-21. The Gators managed to get open shots with good ball movement, managing 22 assists on 29 field goals made. Each time the Bruins made a push, the Gators had an answer.

Frazier deserves credit for setting the tone early for Florida, and breaking through his shooting slump when his team needed him. The sophomore guard is not likely to enter this year’s NBA draft and will continue his college career with the Gators next season.

Scottie Wilbekin, Florida– While Michael Frazier II set the tone early for (1) Florida, it was Scottie Wilbekin who shut the door on (4) UCLA’s tournament run. Wilbekin scored 13 points on 5-of-13 shooting from the field. Wilbekin also contributed one rebound, three assists and one steal. Wilbekin’s stat line doesn’t jump off the page, but his clutch shooting at the end of the game  is what earns him a place as one of tonight’s studs. With 6:19 left in the game, Wilbekin hit a three to put the Gators up 63-55. He then drove to the basket for a layup and was fouled by Norman Powell. After making the free throw, the Gators led 66-55 off of six quick points from Wilbekin. When the Bruins made a late push, Wilbekin again responded. After Jordan Adams made a jumper to bring the Bruins within five, Wilbekin made another jumper to extend the lead to 70-63. With 2:38 remaining, the game was never again in doubt.

The senior guard is not expected to be drafted this year, but he earns himself a spot on tonight’s list of studs.

Aaron Gordon, Arizona –Against Gonzaga, freshmen Aaron Gordon and Rondae Hollis-Jefferson combined to shoot 13-17 from the field, grab 11 rebounds and dish out 11 assists as the Wildcats dominated the Bulldogs, 84-61.

On Thursday, things did not go as smoothly for (1) Arizona, but they were able to sneak past (4) San Diego State. Gordon scored 15 points on 7-of-9 shooting from the field. He also contributed seven rebounds, two assists and two blocks. This wasn’t Gordon’s most dominant performance of the season, but it was just enough to help the Wildcats get the win. The Aztecs’ Xavier Thames made things interesting, but Arizona triumphed thanks to Gordon and late production from Nick Johnson, who scored all 15 of his points in the last 2:45 after missing his first 10 shots.

Gordon is a top prospect, and will likely be selected in the top-10 of this year’s NBA draft. The star freshmen still needs to work on his jump-shot, but he projects to be an impact player at the next level.

Which player impressed you the most on Thursday? Leave your thoughts in the comment section.