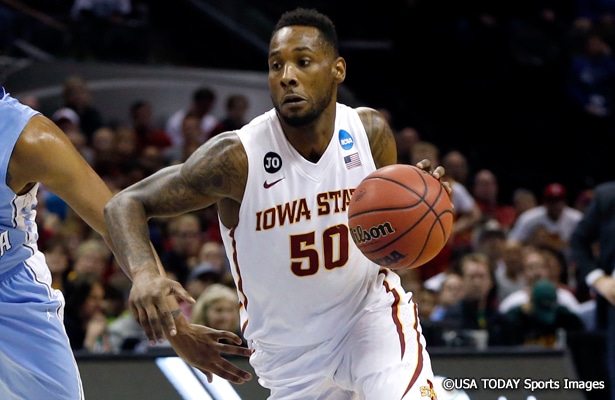 Day four of the 2014 NCAA Tournament is over. Once again, there were plenty of upsets, with (10) Stanford beating (2) Kansas, (8) Kentucky toppling (1) Wichita State and (6) Baylor eliminating (3) Creighton.

Who shined the brightest on the fourth day of March Madness? Basketball Insiders put together a list of the day’s studs:

DeAndre Kane, Iowa State – Kane was the top performer on Sunday, finishing with 24 points, 10 rebounds and seven assists, not to mention the go-ahead lay-up that ultimately allowed (3) Iowa State to beat (6) North Carolina and advance to the Sweet 16. Kane made up for the absence of Georges Niang, who broke his foot in Iowa State’s last game. Kane isn’t generating as much NBA buzz as his peers because he’s already 24 years old, but there’s no question that he’s one of the best players remaining in the tournament. He’s capable of putting Iowa State on his back and filling the stat sheet, as he showed in today’s victory.

Jarnell Stokes, Tennessee – (11) Tennessee had four players finish in double figures in their win over (14) Mercer, but it was Stokes who caused the most problems (along with Josh Richardson, who had a career-high 26 points). Stokes finished with 17 points, 18 rebounds and five rebounds in the victory. To put Stokes’ dominance in perspective, consider that Mercer’s entire team grabbed just 19 rebounds in Sunday’s game. The junior power forward now has 22 double-doubles on the season, which is tied with Kentucky’s Julius Randle for the most in Division I. Stokes has been impressive in all three of Tennessee’s wins, and he’s now averaging 20.3 points and 15 rebounds in the tournament. Stokes recently opened up to Basketball Insiders about his tournament run and productive season; check out that one-on-one interview here.

Harrison Twins, Kentucky – Any struggles that the Harrison twins have had during the season were forgiven on Sunday, when Andrew and Aaron led (8) Kentucky past (1) Wichita State. Andrew finished with 20 points on 6-9 shooting from the field while Aaron finished with 19 points on 6-13 shooting. Aaron made his three-pointers count, though, hitting four of seven from beyond the arc. Julius Randle had a very efficient 13 points, 10 rebounds and six assists, but it was the Harrison twins who led the Wildcats on offense. Andrew also showed off the ice water in his veins, hitting four clutch free throws in the game’s final minutes. Fred VanVleet, who is just 5’11, couldn’t slow down the 6’6 Harrison twins.

Cleanthony Early, Wichita State – The Shockers’ incredible undefeated season came to an end on Sunday, but Early did everything in his power to give Wichita State a chance to win. He had 31 points and seven rebounds against Kentucky, hitting 12-17 from the field, 4-6 from three-point range and 3-3 from the free throw line (two of which were clutch near the end of regulation, coming after an offensive rebound that gave the Shockers a chance to extend the game). Early entered the tournament being talked about as a late second-round pick. Now, after playing so well, the senior has been moved into the first round on credible mock drafts and it certainly seems like he’s going to serious get a look from teams in the 20-30 range.

Rondae Hollis-Jefferson, Arizona – (1) Arizona’s blowout win over (8) Gonzaga ended up being an extremely boring game, and Hollis-Jefferson’s performance was a big reason why. The freshman forward finished with 18 points, five rebounds, five assists and four blocks in just 27 minutes off of the bench for Arizona. He picked an excellent time to have his best game of the season, and his numbers are extremely impressive, especially considering he averaged just 8.7 points during the season.