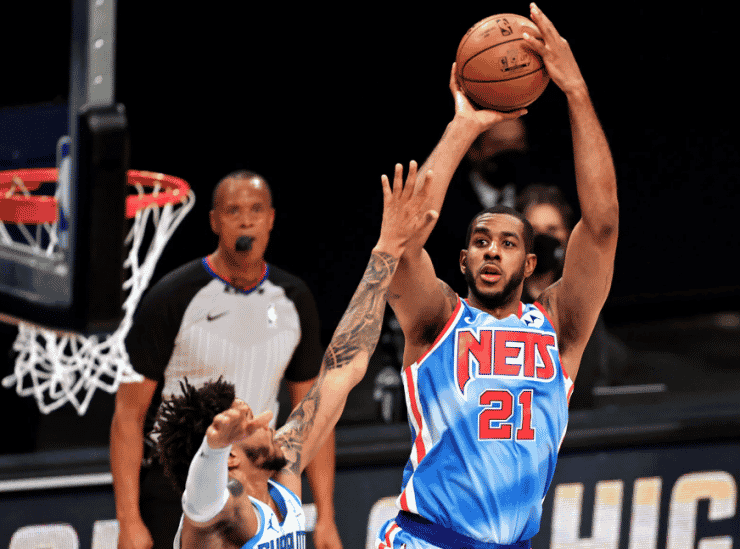 Seven-time All-Star LaMarcus Aldridge has been medically cleared to play for the upcoming 2021-22 NBA season. The 36-year-old retired from the Brooklyn Nets in April after dealing with an irregular heartbeat. On April 15, 2021, the player left a comment after his retirement: “Though I’m better now, what I felt with my heart that night was still one of the scariest things I’ve experienced.” Brooklyn waived the player on April 23rd. If he decides to return to the NBA, the Nets are the favorites.

In the 2020-21 season, Aldridge averaged 13.5 points, 4.5 rebounds and 1.9 assists in 26 games played. He played the first 21 games with the San Antonio Spurs. On March 25, 2021, he reached a contract buyout with San Antonio. Then, he signed a one-year, minimum contract with Brooklyn on March 28, 2021. In his debut for the Nets, in the team’s 111-89 win over the Charlotte Hornets, he recorded 11 points, nine rebounds and a season-high six assists. The 15-year veteran played only five games with the Nets before retiring.

Seven-time NBA All-Star LaMarcus Aldridge has been cleared to play again, passing all of the necessary tests, sources tell @TheAthletic @Stadium. The Nets are leaders to sign Aldridge, sources said.

Aldridge abruptly retired in mid-April due to a heart scare – but has received full medical clearance to make his return to the NBA for a 16th season, sources said. ?? https://t.co/XFTuZM3uS5

Aldridge became the only player in the NBA with 18,000 points and 7,500 rebounds since 2006. Fast forward a season, after a win over the Golden State Warriors, he added to his record, becoming the first player since 2006 to score more than 18,000 points and acquire 8,000 or more rebounds.

Furthermore, the star was selected second overall by the Chicago Bulls in the 2006 NBA Draft. However, he was immediately traded to the Portland Trail Blazers on draft night. He played the first nine seasons of his professional career in Portland. Last season, the All-Star earned $16.750 million with the Spurs and $554,988 with the Nets. According to Basketball-Reference, Aldridge has a 50.9 percent chance of making the Hall of Fame.