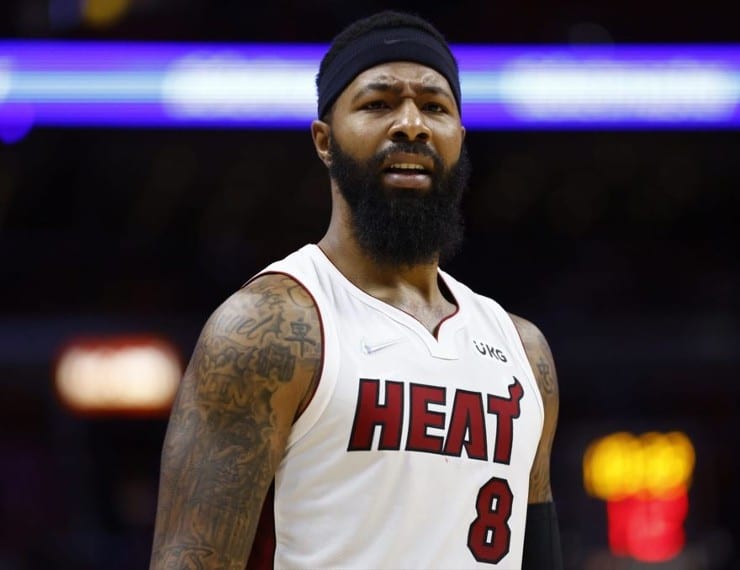 The Brooklyn Nets have signed forward Markieff Morris to a one-year deal, pending a physical exam. According to sources, this is a non-guaranteed, veteran-minimum contract.

Morris was selected 13th overall by the Phoenix Suns in the 2011 NBA Draft. He spent his first four full seasons with the Suns. Now, the Nets are the 32-year-old’s eighth team over the course of an 11-year career.

And Morris averaged 6.2 rebounds, 2.3 assists and 1.2 steals per game. He now has another chance to prove himself on the Nets.

Additionally, on February 18, 2016, the Suns traded Morris to the Washington Wizards for DeJuan Blair, Khris Humphries and a 2016 first-round draft pick.

On February 7, 2019, after three full seasons played with the Wizards, the team traded Morris, cash and a 2023 second-round draft pick to the New Orleans Pelicans for Wesley Johnson.

Then, the Pelicans waived him on the same day they acquired him.

He finished the rest of the 2018-19 season with the Oklahoma City Thunder.

During the 2019 offseason, Morris signed as a free agent with the Detroit Pistons. But he only played a couple of months under head coach Dwane Casey. The Philadelphia native was waived on February 21, 2020.

Of course, he then signed with the Los Angeles Lakers for the remainder of the 2019-20 season. The forward helped the Lakers defeat the Miami Heat in six games of the 2020 NBA Finals.

Morris averaged 7.5 points, 3.3 rebounds and 1.2 assists per game against Miami.

Months later, Morris signed a contract extension with the Lakers. In the 2020-21 season, the Kansas product averaged 6.7 points, 4.4 rebounds and 1.2 assists per game. He made 61 appearances and 27 starts.

Equally important, the forward signed a contract with the Heat on August 6, 2021. Based on his NBA experience, this is a decent pickup by the Nets.

Due to a neck injury, he missed 58 games last season after Denver Nuggets center Nikola Jokic shoved him from behind after a play ended. This event happened on November 8, 2021, in the Nuggets’ 113-96 win over the Heat. Before the incident, Morris fouled Jokic near mid-court.

Needless to say, Morris was fined $50,000 and Jokic received a one-game suspension. The Heat forward was diagnosed with whiplash.

For the upcoming 2022-23 season, Markieff Morris should enhance the Nets’ frontcourt. He will fight for minutes off the bench.