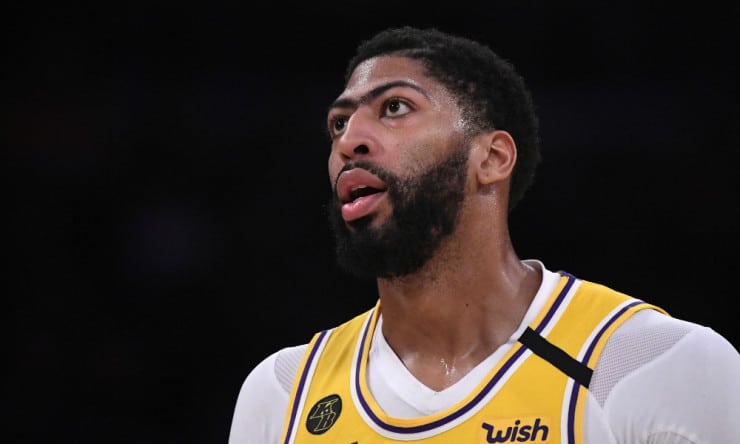 Some reports have come out over the past few weeks that the Los Angeles Lakers could decide to trade Anthony Davis. From their perspective, it could make sense due to some of the injuries that he’s dealt with the past few seasons.

When Anthony Davis is healthy and on the court, it would be tough to argue that he isn’t one of the best players in all of basketball. He hasn’t played more than 40 games in a year over the last two seasons, which is a call for concern for Los Angeles.

According to Heavy.com, there is much more than just trading Davis for the Lakers:

“A lot of that depends on where LeBron winds up. If he stays in Los Angeles and he stays a Laker, he had a lot personally invested in AD being there so, yes, in that case, Davis stays. But it is not a sure thing. There are some in that organization who would not mind seeing what they can bring back for AD, but they would not do it with LeBron there. You get to 2024, though, and maybe things change,” an anonymous Western Conference executive told Heavy.

“The Lakers have AD for two more years for sure, and they can only hope he stays healthy. But after that, they have to think, is this guy really our future? He can’t stay on the floor. And he has to think, do I want to be here without LeBron? That’s why the Lakers do not want to give up those future picks.”

It’s going to be interesting to see how all of this plays out, as the Los Angeles Lakers could lose both LeBron James and Anthony Davis in the next few seasons.

Los Angeles is going to have a tough task on hand this year to be the team that they’re hoping to be. Their offseason moves were impressive, but this team still isn’t as good as they need to be in order to compete for an NBA title.