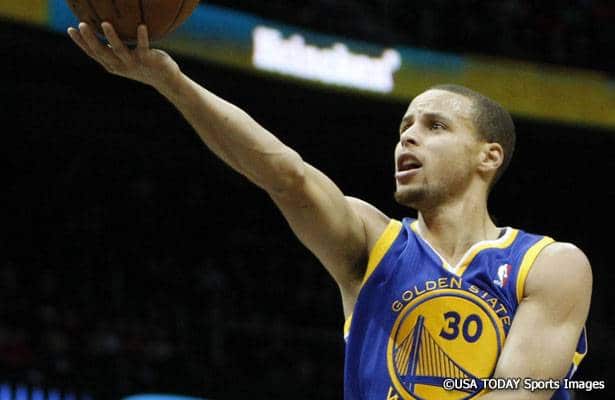 These guys definitely took Dunk Cam up a notch. Levels to this. S/O to @blamethecomic for this hilarious video.

All Up In Your Grill

Great time with @ishiboolovesyou @kgstoney at our first Preakness. California Chrome was moving! So cool to see in person. #dontaskmeforbettingadvice #notpayingfordinnertonight

Steph Curry took in the Preakness with his wife, parents, and Michael Phelps.

Watchin Doctor J documentary my dad swear he was better than Mike, y'all wonder where my passion come from lmaooooo ????

We all have that one uncle, older brother, or father that will swear by the players that paved the way for today’s NBA. Anthony Morrow’s dad seems to have a strong opinion about Dr. J being better than Michael Jordan.

My bro @yg had Portland too turnt!!

Dorell Wright and Damian Lillard catch up with rapper YG after a show up in Portland.

Meanwhile on Gasol IG…Pau Gasol takes some time to get away and relax in the mountains.

J.R. Smith takes in the New York Liberty game with his daughter, but wanted you to know they both were repping Team J’s.

Highlight Mix of the Night

Special thanks to the Ballislife and Elite Mixtape crews for putting this one together.

Our staff well represented at the Brookhaven Bolt this morning!

Good to see the Hawks continuing to promote fitness and healthy living within the community at the Brookhaven 5k Bolt.

Join us in wishing Tony Parker of the @officialspurs a HAPPY BIRTHDAY!

Phenom of the Night

Jalen Harris is representing the Class of 2016 well in this highlight mix.