Home » news » Out Of Bounds The Admiral Scores 71 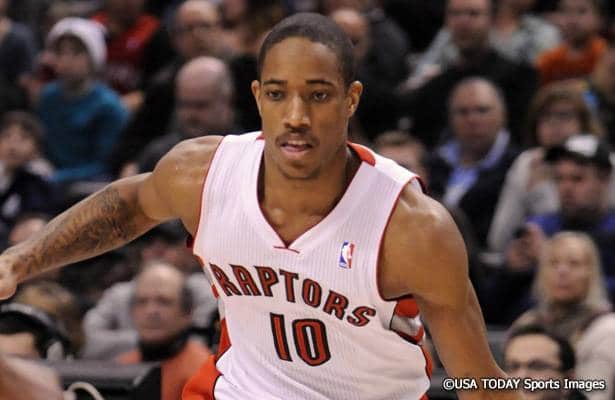 Imagining Chuck doing MMA is funny in itself, but no need to imagine as he broke out some of his best moves on TNT’s Inside the NBA. These guys have some of the best jobs around.

Anniversary of the Night

On this night 20 years ago, the  ‘Admiral’ David Robinson scored 71 points to claim the 1993-94 NBA Scoring Title. His teammate at the time, Dennis Rodman was the league’s rebounding leader that season.

Fan Moments of the Night

Great to see the Washington Wizards continuing to do great things within the community, as trainers, cheerleaders, and their mascot joined kids and fans for a day committed to fitness with the students of Stoddard Elementary School.

Dunk of the Night

DeMar DeRozan making his presence known and the fans of Toronto show their appreciation for the thunderous jam during Game 2 vs. the Nets.

His Nuggets may not be in the playoffs, but Nate Robinson’s IG game is still strong. He catches up with the Doggfather for one of his latest posts.

Throwback Thursday Pictures Of the Night

Tobias Harris’ mom MUST have just known, as here they are together with her already rocking the smooth Orlando Magic jersey circa 1996.

#TBT – interview with Craig Sager earlier this year. Prayers to him for a quick and full recovery!

Steve Blake truly is a classy guy. He took the time to show some love to TNT’s Craig Sager for his #TBT on Instagram.

Dunk Mix of the Night

Not only did his Suns surprise just about everyone (that’s being honest), Gerald Green captured the attention of many NBA fans with how much he improved in 2013-14. There’s more to his game at this point, but don’t let that fool you…the man still has one of the more impressive dunk reels of the season.

As always, leave it to Rip Hamilton to provide a fresh pair of throwback kicks.