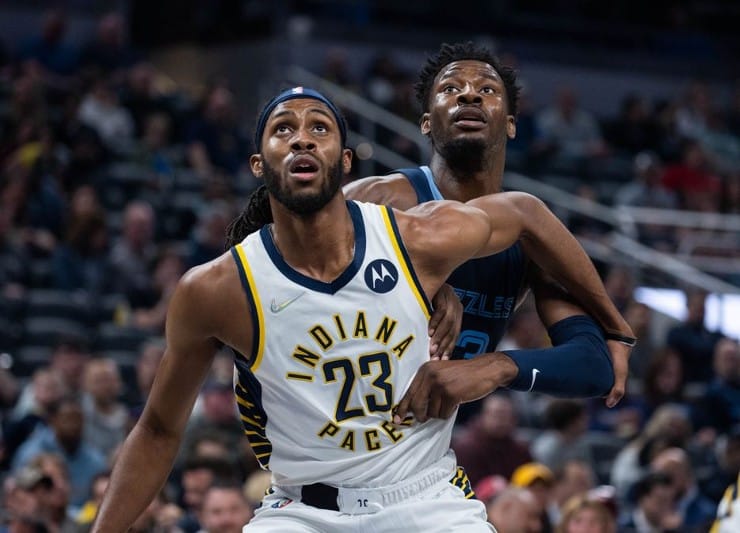 The Indiana Pacers are exercising Isaiah Jackson’s $2,696,280 team option for the 2023-24 season. This is part of the four-year, $12.16 million rookie scale contract he signed with the team last August.

According to multiple NBA betting sites, the Pacers have the sixth-lowest odds to win the championship in 2023. Though, bettors are hoping the Eastern Conference team will at least make the playoffs this season.

Jackson was selected 22nd overall by the Los Angeles Lakers in the 2021 NBA Draft. However, the Kentucky product was then dealt to the Pacers. He signed a multi-year deal with Indiana days after his trade.

During his rookie 2021-22 season, in 36 appearances, Jackson averaged 8.3 points, 4.1 rebounds, and 1.4 blocks per game. He also closed out his first season with a total of three double-doubles.

Then, in Indiana’s 131-128 loss against the Atlanta Hawks on March 13, Jackson ended his performance with a career-best 15 rebounds in 28 minutes played.

Furthermore, in 25 games played with Kentucky in the NCAA, the forward averaged 8.4 points, 6.6 boards, and 2.6 blocks during his freshman season. Plus, he shot 54% from the floor.

On December 1, 2020, in Kentucky’s 65-63 loss to Kansas in the Champions Classic, the forward ended his outing with 7 points, 12 rebounds, and a career-high 8 blocks in 30 minutes played.

He had the most single-game blocks by a Wildcat since Willie Cauley-Stein in 2013.

Isaiah Jackson balled out in his first NBA start 😤

At the end of the season, he was selected to the SEC All-Freshman Team and SEC All-Defensive Team.

If he stays healthy with the Pacers, the forward could earn an All-NBA honor in the 2022-23 season. As a first-round pick, Isaiah Jackson should post even better numbers in his sophomore season.