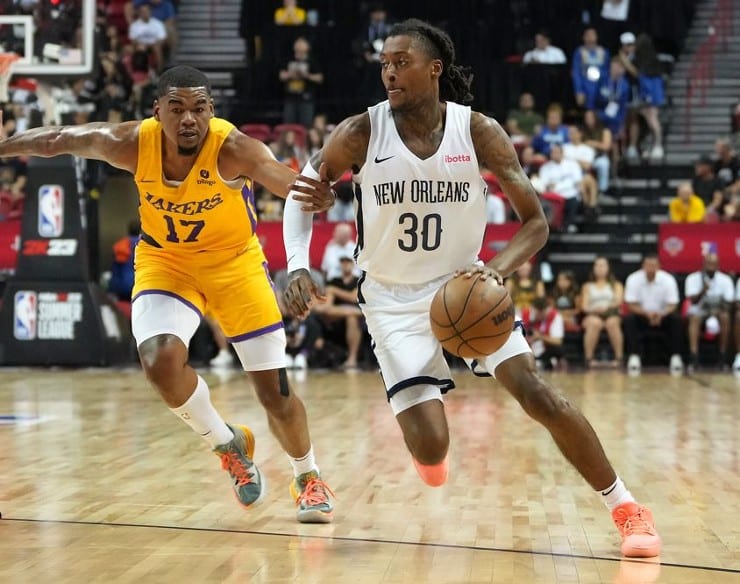 Of course, in his sophomore 2021-22 season, he averaged career highs 17.3 points, 8.2 rebounds, 3.2 assists, and 1.4 steals per game in 32 starts. The guard will have the opportunity to play with the Pelicans next season.

Not to mention, Seabron scored the most points by an NC State player since T.J. Warren dropped 42 points against Boston College on March 29, 2014. During free agency, Warren signed with the Brooklyn Nets in July.

In 2022, the guard also won ACC Most Improved Player of the Year and was selected to the All-ACC Second Team.

As for Daeqwon Plowden, he played five seasons with Bowling Green State University. He ended his NCAA career as BGSU’s all-time leader in games played (154).

Throughout his five college seasons, while shooting 41.4% from the floor and 35.6% from 3-point range, Plowden averaged 10.5 points and 6.1 rebounds per game.

Furthermore, Plowden is the only player in school history to record a minimum of 1,200 career points, 800 rebounds, and 100 blocks. But he also played an extra season.

Last season, he was selected to the All-MAC Third Team and MAC All-Defense.

Meanwhile, John Petty Jr. went undrafted out of Alabama last year. He signed a deal with the Pelicans on October 14, 2021. Though, he was then waived a couple of days later. Following his release, he signed with the Birmingham Squadron of the NBA G League.

More news stories pertaining to Dereon Seabron, Daeqwon Plowden, John Petty Jr., or the Pelicans are on the main page.