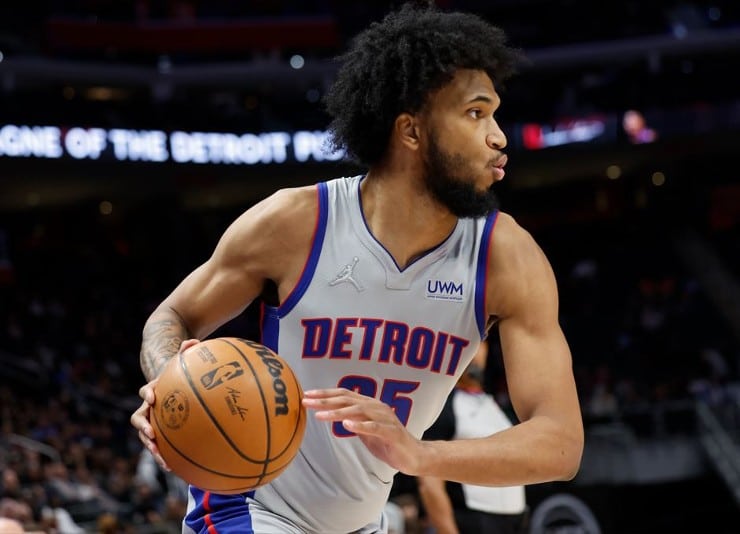 Detroit Pistons forward Marvin Bagley III will miss time to start the 2022-23 season. On Wednesday, an MRI on his right knee revealed a sprained MCL and a minor bone bruise. This is a non-contact knee injury.

The wing is expected to miss 3-4 weeks, according to ESPN’s Adrian Wojnarowski. Bagley III was helped off the court in the Pistons’ 115-99 win over the Oklahoma City Thunder on Tuesday. He sustained this injury after one minute on the court.

A few NBA betting sites are giving the Pistons the seventh-lowest odds of winning the championship in 2023. Since the team is still undergoing a rebuild, bettors are not expecting Detroit to make the playoffs this season.

During the 2021-22 season, the Sacramento Kings traded Bagley III to the Pistons for Josh Jackson and Trey Lyles. In 18 appearances with Detroit, the wing averaged 14.6 points, 6.8 rebounds, and 1.1 assists per game.

In July, Bagley III signed a three-year, $37.5 million contract with the Pistons. His deal includes a trade restriction as well. He cannot be traded until Dec. 15.

While discussing the Pistons’ playoff chances in an interview on Tuesday, Bagley III mentioned, “We don’t put a cap on it. We can do so many things with this team.”

“Just keep learning, getting better, and putting in that work like we’ve been doing. When we turn around, the next thing you know, we’ll be where we want to be.”

While the Pistons are projected to win a maximum of 29 games in the 2022-23 season, quite a few fans are more optimistic this time around. During the offseason, the team traded for Bojan Bogdanovic and selected Purdue star Jaden Ivey fifth overall in this year’s draft.