Connect with us
Home » news » preview 1 duke vs 2 gonzaga 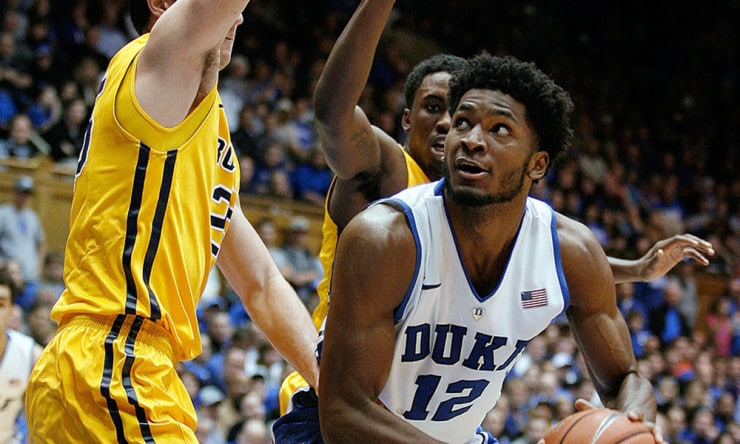 A Sweet 16 matchup against the Utah Utes in Houston served as a homecoming for Duke’s star freshman Justise Winslow. Back in the city that he dominated as a high schooler for four years a day after he turned 19, Winslow torched the Utes to the tune of 21 points and 10 rebounds in order to help the Blue Devils punch a ticket into the Elite Eight with a 63-57 victory. That guarantees Winslow and company one more game in front of all his longtime friends and family, not to mention 60,000+ strong people in attendance overall, against the Gonzaga Bulldogs for a spot in the Final Four. Against Utah Duke needed Winslow at his best because Jahlil Okafor was surprisingly outproduced by Jakob Poeltl, albeit not by much. The two somewhat negated each other and Okafor is going to be matched up against some serious size against Gonzaga as well, so he’s going to have to bounce back and adjust after that rare down game. If Winslow and Okafor are able to outperform Przemek Karnowski and Kyle Wilter, and create good looks for their guards as a byproduct of that, look for the Blue Devils to win the South Region championship and advance to the Final Four.

Mark Few, the NCAA’s all-time leader in winning percentage, can now add an Sweet Sixteen victory to his impressive resume. The Bulldogs took down UCLA, 74-62, in their second meeting of the season (both won by GU). Gonzaga was in control for most of the second half on Friday. Kevin Pangos (10 PTS vs UCLA) and Kyle Wiltjer (8 PTS) are Naismith Award semifinalists (the only pair of teammates on the list), but big man Przemek Karnowski took over and put in a team-high 18 points. Bench force Domantas Sabonis continues to impress, and the Bulldogs are silencing the critics that thought this team would fail to get past the round of 16 like Gonzaga teams of recent memory. Coaching the best field goal shooting team in the country, Few described his team prior to the opening weekend as a “battle-tested group.” Across the board, this is Few’s best team statistically. Their defensive field goal percentage, assist-to-turnover ratio, assists/game, and scoring offense all rank in the top 25 nationally. Few has also acknowledged the consistency his team has shown all year. Well, they have performed as consistent as anyone through six days of tournament basketball. Now the Bulldogs have set themselves up with their first chance to reach a Final Four since the 1999 Elite Eight and they are going to be as tough of an out as any of the remaining teams.