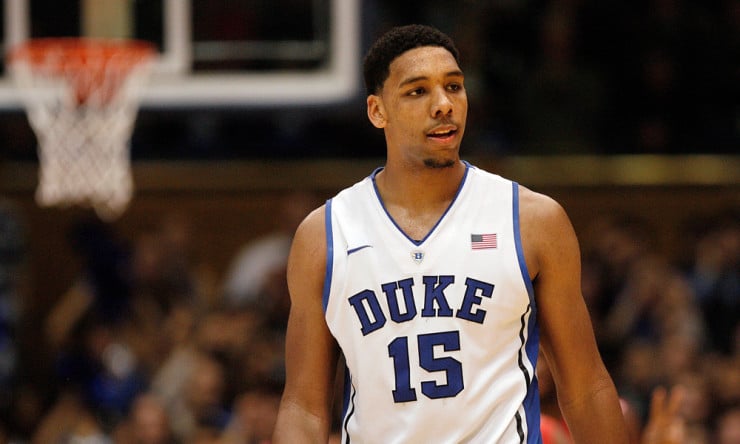 The luxury of being a one seed is that you’re positioned not to be tested until the second weekend. Sometimes, as in the case of the Villanova Wildcats, that doesn’t work out. But, for the Blue Devils, they had very little trouble getting to the Sweet 16. They easily dispatched of Robert Morris in the second round, and made just as easy work of the San Diego State Aztecs in the Round of 32. Jahlil Okafor, who suffered an ankle sprain late in the season that has taken him some time to fully recover from, looked every bit of 100 percent as he scored a game high 26 points on just 16 shots. He also grabbed six rebounds, handed out two assists and blocked three shots. Justise Winslow, coming off of a near triple-double against Robert Morris, stuffed the stat sheet once again with a monster 13 points, 12 rebounds, five assists, four steals and three blocks. The level of competition is set to increase significantly against the Utah Utes in the Sweet 16. However, with Winslow and Okafor arguably being the two best players in the tournament so far, the Blue Devils have the edge, especially if their perimeter players keep the Utes’ defense honest by connecting at a high rate from distance.

Many thought a subpar performance from do-it-all guard Delon Wright would spell doom for the Utah Utes, but that wasn’t the case as Jordan Loveridge, Brandon Taylor and Jacob Poelt all found their way into double figures last round. And despite 2-7 shooting, Wright still contributed five assists and six rebounds on way to an expected date in the Sweet Sixteen with #1 seed Duke. Keys to the victory over Georgetown came thanks to a blistering shooting night (57.9 percent from the field, 57.1 percent from the three-point line and 71.9 percent from the free-throw line. The team was 23-32 from the line, and attempting 32 free throws demonstrates just how well and how often Utah got into the lane against a tough Georgetown defense. If the Utes are to have any chance of upending Duke, they will have to defend the paint and close down the three-point line. That’s easier said than done because Jahlil Okafor is a handful and he can pass. Poeltl has the size to cause problems, but if Okafor gets going and Utah is forced to send double teams, things will open up for the outside shooting of Quinn Cook and Tyus Jones. I expect to see Utah come out in man to man, but I wouldn’t be surprised if Larry Krystkowiak keeps some sort of zone in his back pocket to try and break Duke’s rhythm. Offensively, Delon Wright is going to have to be Delon Wright and if he is playing out of his mind, anything is possible for a Utes team that is riding high.