Connect with us
Home » news » Preview 1 Wisconsin Vs 2 Arizona 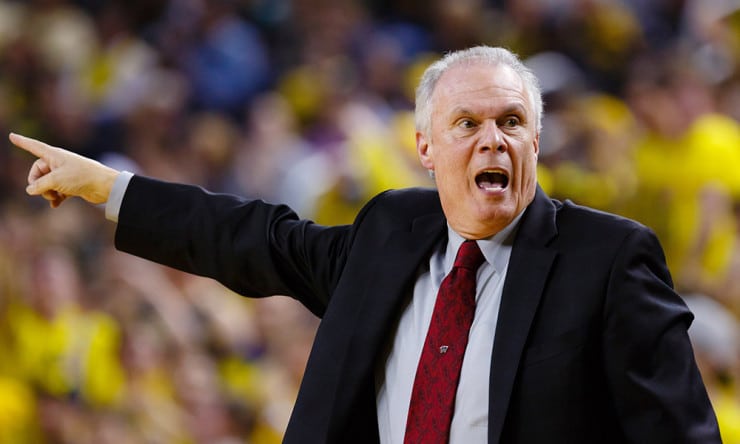 The North Carolina Tar Heels were able to accomplish a lot of the things they set out to do before the game. They were even within a single point within 42 seconds remaining, but in a free-throw heavy finish, the Badgers outscored the Tar Heels 8-2 in the final stretch to earn a spot in the Elite Eight against the Arizona Wildcats. Frank Kaminsky took a little bit to get going, but Sam Dekker was electrifying from the moment the ball went up in the air for the opening tip. Dekker had a game-high 23 points and 10 rebounds. While Kaminsky was a slow starter, he did keep UNC’s big and talented frontline in foul trouble throughout the game. By the final buzzer, he had himself a fine night as well, finishing with 19 points, eight rebounds and two assists. The Badgers received a big boost pregame with the clearance of senior point guard Traevon Jackson, who had not played since January 11 due to a foot injury. He got nine important minutes under his belt going into Saturday’s clash against Arizona, where he could be needed for even more against their strong, tough backcourt. In the win the Badgers shot 20-23 from the free throw line, as opposed to the Tar Heels, who went 12-18. If there’s a similar discrepancy against Arizona, look for the Badgers to survive and advance.

When Arizona’s talented two underclassmen got tangled up and Rondae Hollis-Jefferson fell to the floor in pain, the Wildcats had to be thinking here we go again. They lost Brandon Ashley last year before the start of the tournament and for a moment had to be seriously worried that they would have to take on Wisconsin, the team that ended their season last year, without a key starter once again. Fortunately, though, Hollis-Jefferson walked off the court under his own power and eventually returned to the court. It was another off game for him and Stanley Johnson, but T.J. McConnell starred once again, finishing with 17 points, seven rebounds and five assists with a block and a steal for good measure. Matt Stainbrook, the most popular uber driver in the world, gave the Wildcats some issues inside, posting up a double-double of 17 points and 10 rebounds. That has to be a concern with Frank Kaminsky next on the deck, not to mention Sam Dekker and Nigel Hayes. Without better defense inside and on the frontline, the Wildcats will once again have their season ended in the Elite Eight by the Badgers. If Johnson and Hollis-Jefferson are at their best offensively, and able to slow down Dekker most importantly, there’s a good chance the outcome could be different this time around.