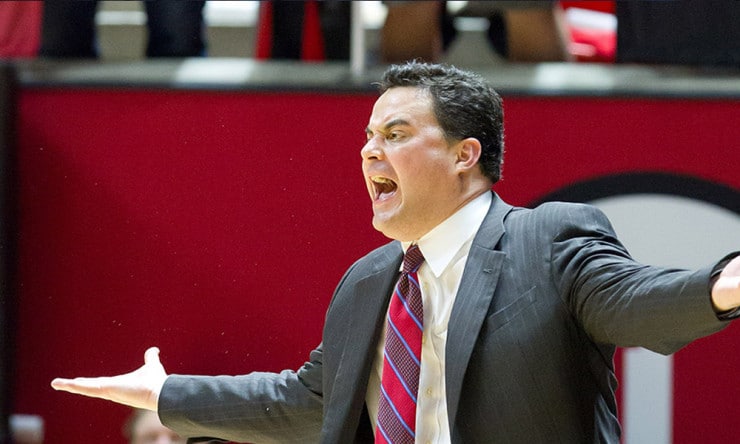 Say what you want about the quality of competition the Wildcats faced this year, it would be a mistake to leave them off your championship contender list because they are extremely talented, well-rounded and capable of beating any team in the field of 68. They went a perfect 15-0 against the RPI top 100, getting quality wins against Utah (twice) and Gonzaga. They do have a few bad blemishes on their resume, with all three of their regular season losses coming to teams outside of the RPI top 100. They were beat by a combined nine points, though, and those kind of things happen when you have a target on your back like the Wildcats have had this season. The Wildcats are led by star freshman Stanley Johnson, who is leading the team in points (14.1) and rebounds (6.6). While this will be his first (and probably only) tournament, he’s surrounded by talented veterans who have been on the big stage multiple times throughout their career. Brandon Ashley, Ronade Hollis-Jefferson, T.J. McConnell, Gabe York and Kaleb Tarczewski have a combined 15 years of collegiate experience and two straight appearances in the tourney. With one of the highest-scoring offenses in the country, a stiff defense that only allows 58 points a night and the ability to attack any position on the floor, the Wildcats will be one of the toughest outs. Don’t overanalyze their three bad losses; those teams had everything to gain and nothing to lose. The Wildcats will be too focused and the stakes will be too great for a similar upset to occur.

Even with Aaric Murray, the catalyst behind last year’s tournament run, gone and graduated, the Tigers continued their dominance over the Southwestern Athletic Conference, winning the regular season and conference tournament crowns. They’re dancing for the sixth time in school history and come in as winners of 11 straight. Senior guard Madarious Gibbs has been more aggressive in looking for his own offense this season, upping his average to 14.1 points from 9.1 last year. He’s still a quality playmaker too, handing out about 4.3 assists a game a night. Their strength of schedule was ranked just inside of the top 300, but they did face some competition similar to what they’ll be seeing in the opening round in Michigan State, Gonzaga, Baylor and SMU. The latter three handled them with relative ease, but the Tigers shockingly upset the Spartans on December 20, 71-64. That’s going to be a big mental edge for them going into the tournament, but it will take a similar monumental performance for them to add another big upset to their resume. It’s borderline rude to say that a team is just happy to be in the tournament, but in the case of the Tigers, their season is already going down as a success regardless of how they fare. A win would be huge for the program, but they’ve already added two more championships to their trophy case and that’s really what they set out to do this season.