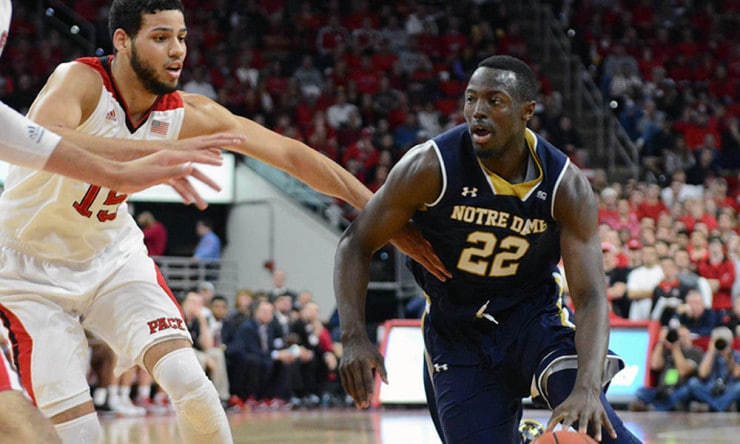 Nothing like an opening round scare to refocus the troops. Notre Dame escapes the Northeastern upset bid by little more than a botched final offensive possession. The good news for the Fighting Irish is the second half of Jerian Grant and the added contribution of Zach Auguste. It will take more than two double figure scores to get the best of Butler in the round of 32, but offensively Notre Dame still managed 19 assists and turned the ball over just 7 times. What was the difference? Rebounding. A -14 rebounding differential, including being out rebounded 12-2 on the offensive end just about sent the Irish home packing. The Bulldogs will be ready to compete and forced Texas into 15 turnovers. The good news is Butler didn’t have a lot of success on the offensive glass. If the Irish are to advance to the Sweet Sixteen, it will be on the back of Jerian Grant and at the behest of another well rounded, extra pass offensive performance.

Las Vegas had Texas favored and did not see the Bulldogs locking in, but once again they proved why they are a mid-major darling. Texas has struggled offensively all year in what has now become the suspect Big 12, and Butler capitalized. The Bulldogs controlled the tempo and easily won the turnover battle. They had the Longhorns missing two and three opportunities at the rim on multiple possessions. Kellen Dunham’s attacking style led the way with 20 points and Butler overcame a poor shooting night to advance. The execution of their offensive sets was flawless in the final minutes of the game and at times it seemed Texas could only create in one on one isolation. Projected first-round pick Myles Turner had only five shot attempts in another great example of Butler’s defense dictating a opponent. Saturday’s game versus Notre Dame will have the whole state of Indiana interested. Look for Butler to try to force the Irish into over penetration, turnovers and isolation plays as they did to Texas. Their main goal will need to be to slow the crisp ball movement and kick-kick situations that allows Mike Brey’s guards to get into the paint. The Bulldogs must stay out of early foul trouble and aggressively get to the offensive glass to slow Notre Dame in transition. The Irish were in a war with Northeastern and played their starters a lot of minutes for a first round matchup. If Chris Holtmann can get the same type of individual defensive effort that slowed turner on Zac Auguste, Jerian Grant and Pat Connaughton, he will win the Hoosier state showdown.