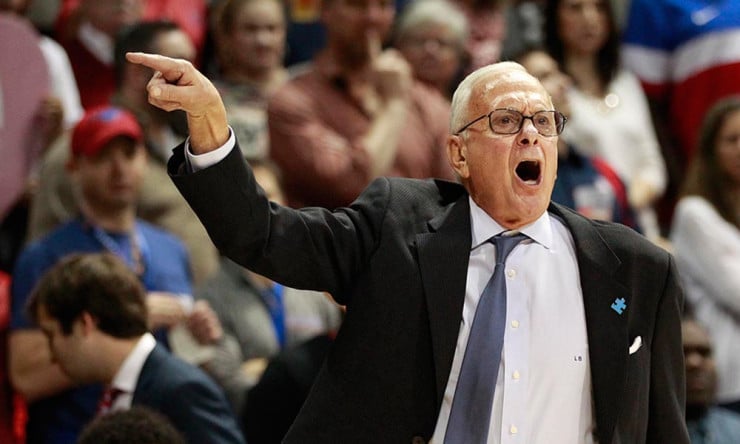 After the disappointment of Selection Sunday a year ago, Larry Brown and company have been on a mission to get where they felt they belonged after last year’s successful season. After the news that Emmanuel Mudiay would not be joining the program, choosing instead to play professionally in China, the Mustang faithful never wavered in their support. SMU now sits atop the AAC with a 23-5, 14-2 record. It’s always better to not leave anything to chance and while the Mustangs average a pedestrian 69.5 PPG, they control the game to get a great shot most of the time, evident by their ninth ranked 48.7 percent shooting from the field and their 15.9 assists per game. As they control the pace on offense, they do just the same on defense conceding 59 PPG, good for 20th in the country. Defending and closing out possessions has been a big asset (0.795 PPP) and while they sacrifice some offensive rebounding to send numbers back, they are the best in the nation when it comes to transition defense (0.751 PPP). That means if you take quick, contested shots, they will capitalize. Shoot yourself out of the game at your own risk. Junior point guard Nic Moore (14.6 PPG, 2.3 RPG, 5.4 APG, 1.4 SPG) leads the way and has the ball in his hands the majority of the time. Yanick Moreira (11.5 PPG, 6.7 RPG, 1.3 BPG) has used a strong summer playing in the World Championships for Angola to catapult himself to a great season. And you can’t sleep on former McDonalds All-American Keith Frazier (10.5 PPG, four RPG, 1.4 APG). Larry Brown’s incredible success at all levels is noted and his game preparation is legendary. Look for SMU to be a tough out and quite possibly a team playing well into the second week of the tourney.

After losing four players to the NBA, nobody thought it would be easy to repeat the success of last season. To that tune, UCLA has shown us the good the bad and the ugly. The Bruins enter the tournament averaging 71.3 PPG and conceding 67.6 PPG. At times, they play too fast for their own good but Steve Alford is not afraid to make adjustments – be that a change in defense or exploiting a mismatch and those adjustments will certainly be key. Another main key to their success has been centered on the play of freshman Kevon Looney. Looney, a lanky freshman and who some consider to-be a top level NBA draft prospect, has shown signs of greatness on his way to averaging 12.4 PPG and 9.9 RPG.   When he is engaged and aggressive, the Bruins can compete with anybody in the country; when he drifts and disappears, things can be a struggle. Filling a similar category is Norman Powell, who can at times be the best player on the floor and serves as UCLA’s leading scorer. Tony Parker has provided a solid boost down low and if he stays out of foul trouble can be that guy who creates an important extra possession. Bryce Alford provides a steady hand at the point guard position and all five starters are going to need to play heavy minutes with production to give UCLA a chance to get back to where they were last March.