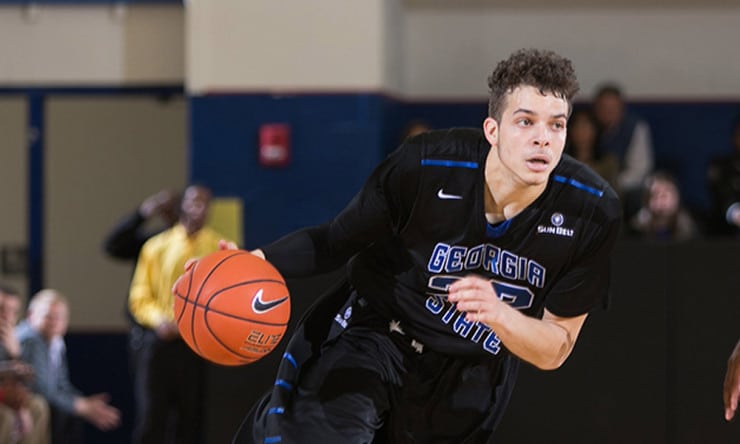 Chris Mack once again displayed why he is one of the best coaches in college basketball. Using a version of the 1-3-1 defense that takes away aggressive dribble drive opportunities, Xavier slowed the Ole Miss Rebels into a pace they were not comfortable to play in. On the offensive end of the floor, Mack used various sets to get the ball to Matt Stainbrook early and often. Stainbrook, who was one of the hottest players in college basketball in the month of March, had 20 points and nine rebounds. His technical in the second half rallied his team, who soon went on to hold off the Rebels final attempts of a comeback. Freshman Trevon Bluiett had a poor performance, shooting just 2-6, but the Musketeers received a pleasant surprise in Dee Davis doubling his scoring average with 17 points. Xavier is sitting in a great position as they now face Georgia State, who upset Baylor. Coach Mack will need to look for a different defensive game plan as Georgia State’s guard play dismantled Baylor’s attempts at a 1-3-1. On only one day’s rest, Xavier should be able to utilize their bench and Stainbrook’s inside play to handle the Panthers. Bluiett will need to get back on track and they should advance to the Sweet 16.

The Panthers said all they wanted to do is be within striking distance by the last media timeout. However, Baylor’s Rico Gathers knocked down two free throws right after it at the 2:54 mark to put the Panthers down by 12. The sound of everyone penciling in the Bears into the Round of 32 was defining, but then the nation found out why R.J. Hunter is a projected first-round pick. The Panthers scored the final 13 points of the game after that point, 12 of which came from Hunter – including the go-ahead three-pointer that was almost closer to the halfcourt line than the three point arc with three seconds to go. The shot was so impressive and miraculous that it dropped his father, who is already nursing a ruptured Achilles’ tendon that will require surgery to repair, to the floor. The win is made especially impressive by the fact that the Panthers were without their leading scorer and starting point guard Ryan Harrow. Unfortunately, it looks like they’re going to be without him against Xavier as well. Slowing down their frontline and another dynamic performance from Hunter is going to be the key for the Panthers’ Cinderella run continuing. That could buy them enough time to get Harrow back.