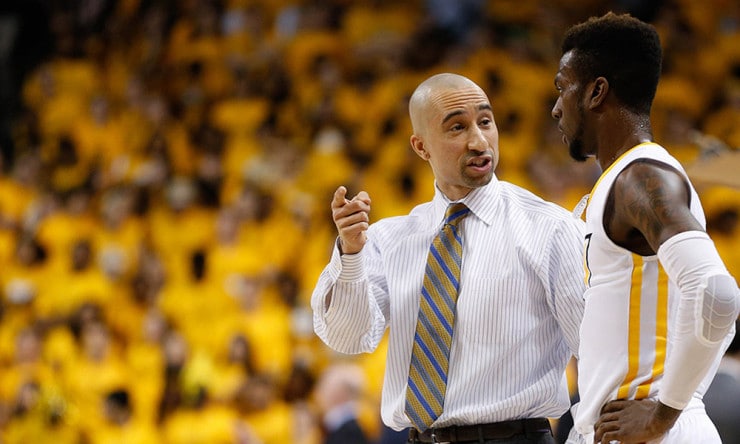 The Shaka Smart Havoc defense has had its ups and downs this season. The Rams have managed to spend most of the year in the top 25, however their glaring issues offensively and defensively will need to be addressed heading into the tournament. At a more than respectable 21-7, the Rams finished tied for first with three other teams in the very even A-10 Conference. Despite ranking 4th in the NCAA in steals per game, and 53rd in blocks per game they are still conceding 65.4 PPG good for 144th. They want to open the game up and play free, but they are susceptible to giving up easy buckets to those teams that can maintain their poise early in possessions. On the other side of the ball, the Rams are averaging 73.5 PPG and are good but not great in regards to offensive efficiency (0.919 PPP half court) but a surprising 0.971 PPP in transition, which is below average ranking in the bottom 25 percent of college hoops. Shaka spreads the minutes for fresh legs, but make no mistake Treveon Graham and Melvin Johnson (12.6 PPG, 1.9 RPG, 1.9 APG) are leading the way offensively. Johnson is a shooter from New York who can knock down three pointers quickly and for him, when it rains it pours. Graham (16.6 PPG, 6.6 RPG, 1.5 APG) is an ultra versatile and savvy senior who has seen it all on the court, guards multiple positions and crashes the glass. For VCU to make a deep run, they will have to tighten up their half court defense, finish possessions with rebounding and be efficient in converting turnovers into fast break points.

Aaron Craft was a winner; he made the big play just when you needed it. Many Buckeye faithful were wondering what would happen next: enter D’Angelo Russell. The sweet shooting, wiry strong and flashy lead guard has burst onto the national scene, averaging 19 PPG, 5.8 RPG, 5.4 APG, 1.6 SPG while shooting 42.8 percent from the three-point line. Russell could be a top pick in the 2015 NBA Draft and he has shown the ability to score at all three levels (off the catch, the bounce and in the paint). In addition, he has done an excellent job of handling pressure (something most freshman struggle with) and dishing to teammates for easy buckets. If anything bad can be said about his game, it has to be his tendency to try and do too much, but the majority of the time it works out. No Craft, no problem as Ohio State has managed to have a solid season at 19-8, 8-6 in the Big Ten. Come tournament time the Buckeyes could be a tough out. At 77.2 PPG, OSU pushes the ball in transition roughly 24.3 percent of the time, they will look for quick shots and apply ball pressure on the other end to force turnovers, getting 7.9 steals per outing by playing well in the passing lanes. Teams looking to take the Buckeyes down will look to force Russell to make mistakes (look for hard hedges and blitzes on pick and rolls). If he steps into the spotlight, OSU may be finding themselves playing deep into the tournament.