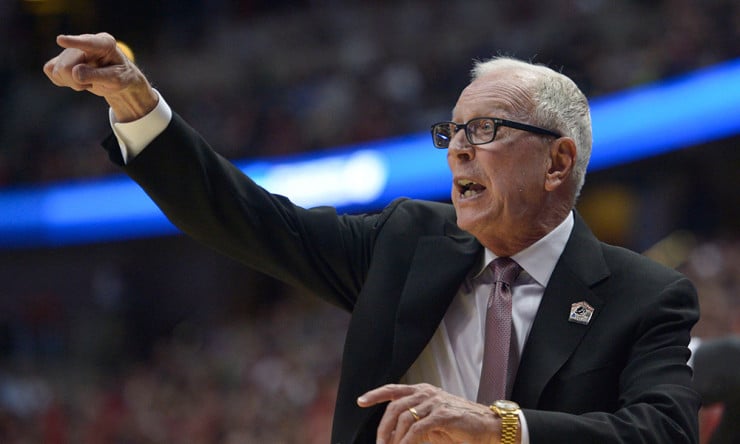 The Mountain West Conference has been a little wild this season and with UNLV, and New Mexico having down years the only mainstay at the top has been SDSU. Checking in with a 22-6, 12-3 record, and a MWC first place finish, the Aztecs are looking to find better luck in March this time around. The use of a pressure packed stifling defense has been key in victory and SDSU is third in the nation, conceding a mere 53.5 PPG. That comes out to 0.742 PPP and with their interchangeable athletes they can lock you down in transition or the half court (switching 1-4). Offensively, Aqeel Quinn (11.2 PPG, 2.8 RPG, 1.5 SPG) and Winston Shepard (11 PPG, 5.1 RPG, 2 APG) lead the way, but JJ O’Brien (9.6 PPG, 5.4 RPG, 2.6 APG, 1.6 SPG) provides leadership and rebounding to help finish plays, possessions and games. The emergence of highly touted freshman Trey Kell and Malik Pope will be key to any hopes of making a deep run. As it stands now the Aztecs’ biggest barrier lies in their lack of ability to score the ball (62.9 PPG), which ranks 286th in the country. Steve Fisher is no stranger to the tournament and must find the answer to his offense. As they push the pressure and the pace they must be better at scoring in transition (0.981 PPP). Getting easy baskets can take the pressure off of a highly mediocre half court offense (0.812 PPP).

Unfortunately for St. John’s, the story leading into the tournament is not going to be about how Steve Lavin has guided them back to the big dance for the first time since 2011 and just the second time until 2002. All the headlines are going to be about forward Chris Obekpa, who was suspended for two weeks just hours before the tournament selection committee rendered their final decisions. Obekpa, the team’s second-leading rebounder and top shot blocker, is an NBA talent who will be sorely missed. It puts a lot of pressure on Sir’Dominic Pointer to be at his best, as his rebounding and rim protection ability are going to be vital without Obekpa. The Red Storm played the 22nd most difficult schedule in the country this season, with their best wins coming against Providence, who they beat twice, Georgetown and Xavier, who they also beat twice. Depth was not a strength even before the Obekpa’s dismissal as Lavin largely relied on his top six and didn’t like going much deeper for any longer than he had to. D’Angelo Harrison is one of the top players in the tournament, but he’s prone to some really down nights; if he has another one in the opening round, the Red Storm will be one-and-done.