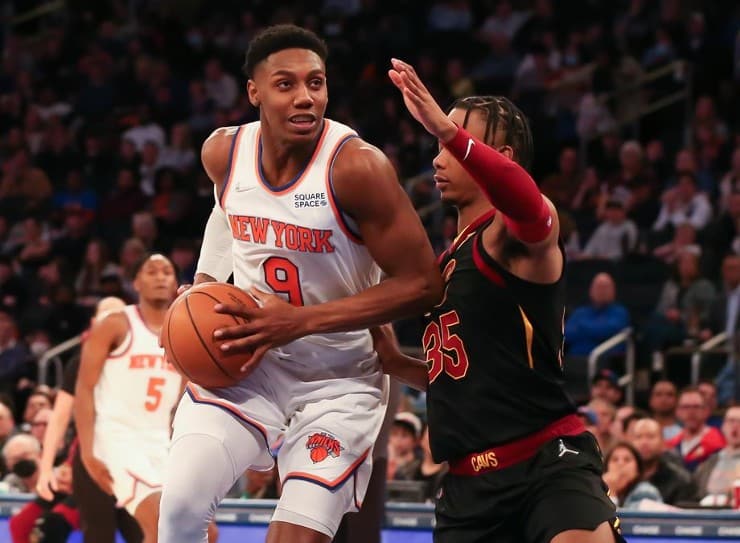 On Monday, New York Knicks forward RJ Barrett signed a four-year contract extension worth up to $120 million, and the deal also includes bonuses. The deal starts at $107 million.

His new rookie extension is tied to All-Star selections, All-NBA and All-Defensive Team honors. Not to mention, games played is another incentive. Knicks president Leon Rose trusts his wing will remain on the court.

For the most beneficial part of this deal, the Knicks cannot trade Barrett until January 15, 2023, considering the wing will have veto power over any potential trade.

Bonuses for RJ Barrett’s rookie extension are tied to All Star selections, selections to the 3 All-NBA teams & NBA All-Defensive teams, sources tell SNY. Sources confirm Barrett’s extension is for 4 years and worth up to $120 million, including those bonuses. ESPN 1st reported.

At the moment, Barrett’s guaranteed amount of this contract is unknown. The signing has strings attached, but this deal favors both sides. According to NBC Sports, the four-year signing is partially guaranteed.

Additionally, Barrett was selected third overall by the Knicks in the 2019 NBA Draft. Then, the forward signed a rookie contract with the team.

Last season, in 70 games played with the Knicks, Barrett averaged a career-high 20 points per game. While shooting 40.8% from the floor and 34.2% from 3-point range, the third-year player also averaged 5.8 rebounds and 3 assists per game.

During this offseason, former Dallas Mavericks guard Jalen Brunson signed a four-year, $104 million deal with the Knicks. Brunson is guaranteed the full amount, per Spotrac. This might explain why Barrett wasn’t offered a fully-guaranteed contract.

While Maple Mamba has yet to receive an All-NBA honor or All-Star selection, he’s still young. In fact, Barrett is the Knicks’ first draft pick to sign a multi-year contract extension after his rookie deal since Charlie Ward in 1999.

The Knicks have until the February 2023 trade deadline

As for the Donovan Mitchell trade rumors, the Knicks would have to send out a minimum of $24.7 million in assets to acquire the three-time All-Star from the Utah Jazz. For the time being, Barrett’s spot is secured.

He holds leverage until mid-January 2023.

Furthermore, Jazz executive Danny Ainge is demanding four first-round draft picks for Mitchell. And their salary cap is not an issue. If necessary, they can consume as much as an additional $38 million in a blockbuster trade.

Even if RJ Barrett struggles to average over 20 points per game next season, at least he now has Brunson. The Knicks have not advanced to the second round of the playoffs since the 2012-13 season.

Regarding Barrett’s contract, it’s not like he needs the added bonuses. He’s set for life.