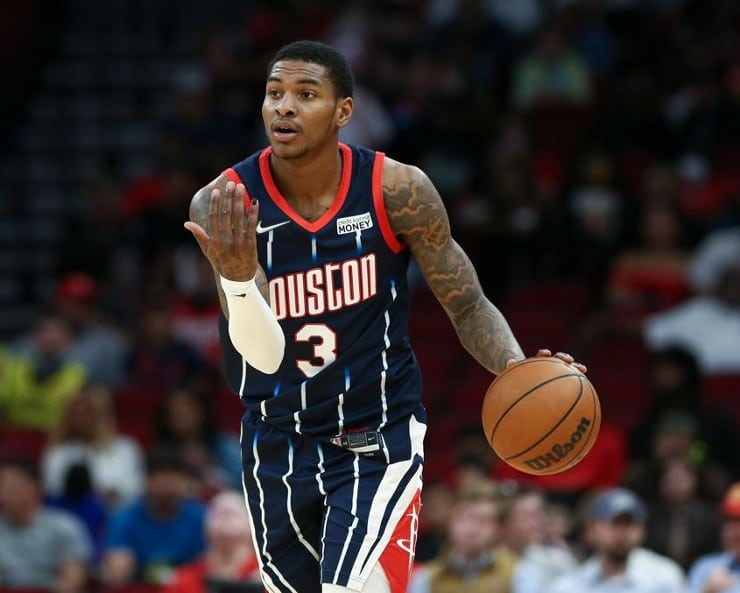 The Houston Rockets and guard Kevin Porter Jr. have agreed to a four-year, $82.5 million contract extension. Only the first season is fully guaranteed for $15.86 million.

Porter Jr. was selected 30th overall by the Milwaukee Bucks in the 2019 NBA Draft. However, he was then traded to the Detroit Pistons. And the Pistons then traded the guard to the Cleveland Cavaliers.

A few NBA betting sites are giving the Rockets the lowest odds to win the championship in 2023. But some gamblers are still putting bets down on them to make the playoffs this season.

Kevin Porter Jr.’s four-year extension is only guaranteed for $15.86 million, all in Year 1, sources said. The contract includes June trigger dates after first season, but the Rockets can essentially release Porter at any point without further pay up to the $82.5M. https://t.co/A806sRcnaE

In January 2021, the Cavs traded Porter Jr. to the Houston Rockets for a 2024 second-round draft pick.

In 26 appearances with the Rockets during the 2020-21 season, the guard logged career highs of 16.6 points and 6.3 assists per game. While averaging 32.1 minutes, Porter Jr. recorded 3.8 boards per game as well.

At 20 years, 360 days old, Porter Jr. became the youngest player in NBA history to record at least 50 points and 10 assists in a single game.

Kevin Porter Jr. and the Rockets have agreed to a four-year, $82.5 million contract extension

He was then selected to the NBA G League First Team.

In the Rockets’ 121-118 loss against the Sacramento Kings on March 31, 2022, the guard ended his performance with his first career triple-double. He amassed 30 points, 12 rebounds, and 12 assists in 38 minutes played.

Additionally, while playing the Denver Nuggets on New Year’s Day, Porter Jr. and then-teammate Christian Wood got into a heated exchange with Rockets assistant coach John Lucas at halftime.

Thus far, based on his career performances, Porter Jr. is a terrific asset to the team. Jalen Green is arguably the best player on the Rockets. Though, Jabari Smith Jr. and the former USC star are still important pieces.