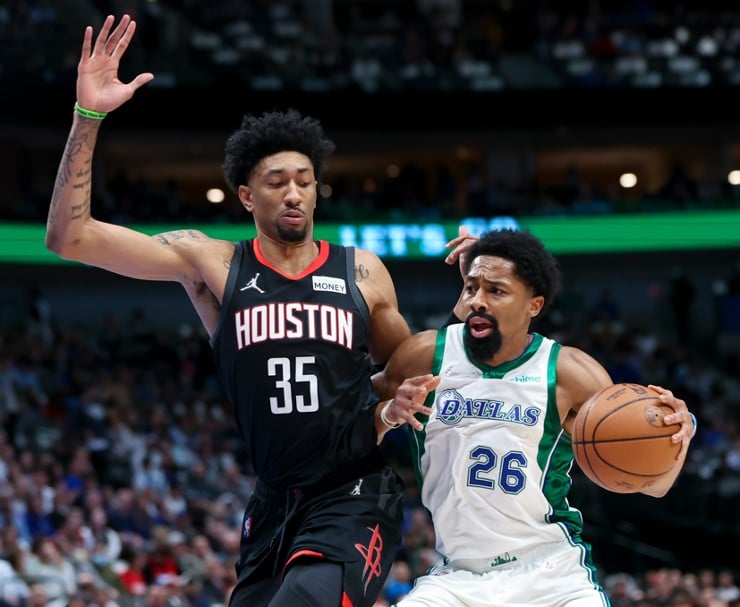 According to sources, the Rockets have traded center Christian Wood to the Mavericks for Boban Marjanovic, Sterling Brown, Trey Burke, Marquese Chriss and the No. 26 pick in the 2022 NBA Draft. Of course, the Mavericks lost the Western Conference Finals in five games against the Warriors. They were undermanned all throughout the playoffs. Now, Luka Doncic has more help to carry the load for Dallas.

Christian Wood went undrafted back in 2015. In a total of 68 games played during the 2021-22 regular season, the center averaged 17.9 points, 10.1 rebounds and 2.3 assists per game. Not to mention, the sixth-year player shot 50.1% from the field and 39% from downtown. The Mavericks are now his seventh team of his NBA career. Wood played for the 76ers, Hornets, Bucks, Pelicans, Pistons and Rockets.

Sources: The Mavericks are sending Boban Marjanovic, Sterling Brown, Trey Burke, Marquese Chriss and the No. 26 pick to the Rockets for Christian Wood. https://t.co/fbxxAL7OGu

Furthermore, while with the Rockets during the 2021-22 regular season, Christian Wood scored a career-high 39 points in his team’s 115-97 win over the Wizards on Mar. 21. He also sank a career-high eight 3-pointers. As stated above, Wood played 68 games. He excels especially at pick-and-roll plays. So, Doncic appreciates this signing. He is an excellent addition for the Mavericks.

On Mar. 29, Wood was ruled out for the remainder of the season due to a hamstring injury. Additionally, in his debut with the Rockets on Dec. 26, 2020, Wood ended his performance with 31 points, 13 rebounds and 3.0 assists. The Rockets lost that game 128-126 in overtime to the Trail Blazers.

Fast forward to this season, while Christian Wood received a one-game suspension for conduct detrimental to the team in early January, his poor behavior may have stemmed from the fact that he was playing for a bad team. The Rockets finished 20-62 (.244), ranking dead last in the Western Conference standings. No one likes losing.

As for the 2022 NBA Draft, the Rockets are officially loaded. They have three first-round picks: Nos. 3, 17 and 26. General manager Rafael Stone will likely target Paolo Banchero or Chet Holmgren in this year’s draft. Stone is searching for young talent to replace his 6’10” big man. Banchero and Holmgren are viable options. It’s not to say that Wood is old. He turns 27 this September.

Equally important, Boban Marjanovic is a seventh-year center. He will be a great mentor for rookie centers down in Houston. In a total of 23 games played last season, Marjanovic averaged 4.3 points and 1.7 rebounds per game. He hasn’t averaged at least four rebounds per game since the 2019-20 season. Therefore, G.M. Stone might have something else in mind for his acquired players. Other news on this Rockets trade can be read from the main page.