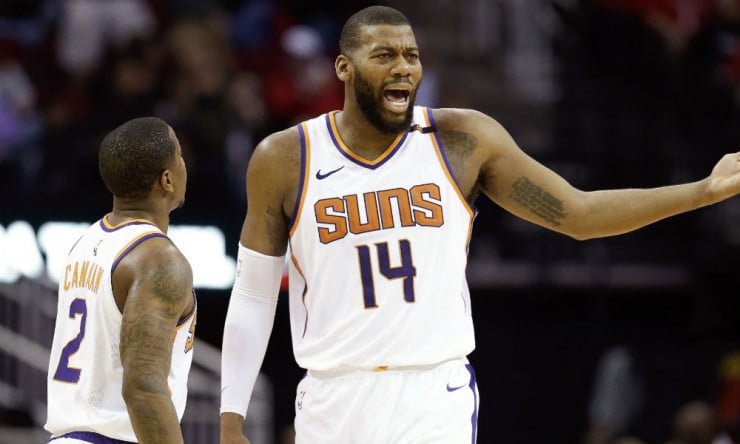 Center Greg Monroe has agreed to a contract buyout with the Phoenix Suns, clearing the way for him to become an unrestricted free agent, league sources told ESPN.

The Celtics will be one of several contending teams with an interest in signing Monroe, league sources said. Boston can use part of its $8.4 million disabled player exception gained after the Gordon Hayward injury to sign Monroe.

Monroe, 27, was making $17.8 million in the final year of his contract. He has averaged 11.2 points and 8 rebounds in 23 minutes per game with the Suns. He will be placed on waivers Thursday and will remain there for 48 hours before becoming a free agent if unclaimed.

Phoenix agreed to the buyout after exhausting trade possibilities for Monroe, who arrived with the Suns as part of the Eric Bledsoe deal in November.