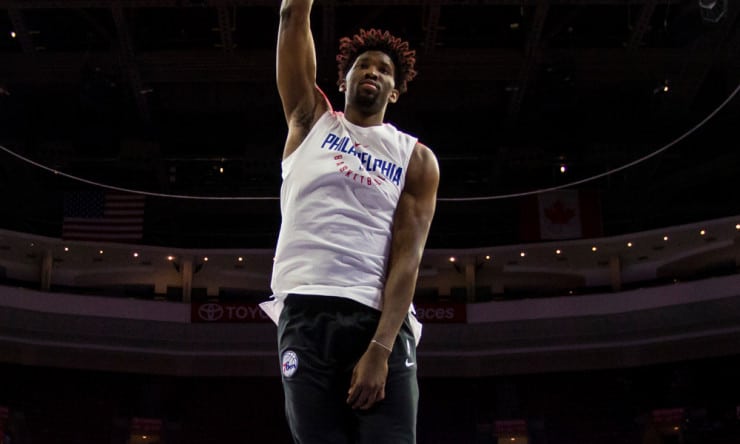 Embiid, 23, signed the rookie-scale max extension Tuesday, with the $146.5 million total for the deal based on the NBA’s new salary cap projections for the 2018-19 season.

For the Sixers to curb the ultimate value of the extension, it would take the triggering of several severe circumstances detailed in a 35-page-plus contract. Embiid’s unique career trajectory — missing his first two NBA seasons with successive foot surgeries and playing only 31 games in the 2016-17 season — created a pathway for Philadelphia general manager Bryan Colangelo; Embiid’s agent, Leon Rose of CAA Sports; and the National Basketball Players Association to work together on creating a complicated and creative contractual agreement. The dramatic impact of Embiid’s brief but dominant debut season left him as the only rookie since Wilt Chamberlain to average at least 28.7 points per 36 minutes played.

Here’s how a perfect storm of calamity would have to unfold for Embiid to earn any less than the full $146.5 million: Across each of the final four seasons of the extension, ending with the 2022-23 season, the 76ers could waive Embiid for a financial benefit if he’s lost because of a contractually agreed-upon injury that causes him to miss 25 or more regular-season games and if he plays less than 1,650 minutes, league sources said.

Specific injuries are laid out in the contract and include only past problem areas with Embiid’s feet and back, sources said. Embiid has to miss 25 or more regular-season games because of injuries in those areas, and play less than 1,650 minutes, for Philadelphia to have the option of releasing him for cost savings.