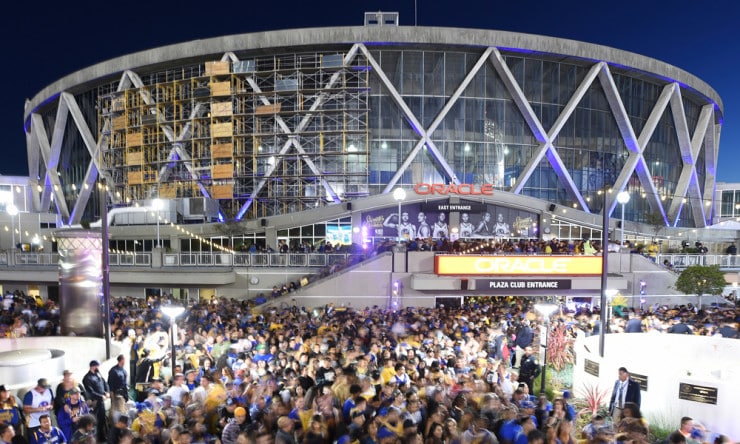 The universal language of sport has united fans from all around the globe. With the power to make you both fall to your feet from devastation as well as leap out of your seat and jump for joy, the sporting world has undoubtedly become the world’s most popular form of entertainment. With millions of fans watching these historic faceoffs, some just want the best experience possible – to be right up close and personal with their heros.

What would you buy with $133 000? Would you opt for a luxurious car or apartment? Some might even splurge on a fancy dinner after a little shopping spree. For the most dedicated fans, they paid that price for a ticket to the 2017 NBA finals. A historic performance was witnessed where the Golden State Warriors became the first NBA team ever to go undefeated for 14 games in a row postseason, breaking their own 12-0 win streak record. For both sides, the energy was insane within the stadium as fans watched the first NBA game in history where the same two teams met for a third year in a row.

In 2010, the Boston Celtics and Los Angeles Lakers battled it out at the first full 7 game NBA finals since 2005. With almost 30 million fans, the game was so highly anticipated that tickets hit a whopping $115 900 to watch the action in person. Still not bad compared to the 2017 finals though…right?

The NBA league has stolen the hearts of many fans and will only continue to grow internationally. Statistics shows that the craze for this sport has increased amongst young girls and boys over the last decade. Patrick Baumann shares some insight, stating that “if you look around the world and see the statistics of the world’s most popular sport in the age group 14-18, its basketball across all gender.”

Basketball isn’t the only game whose prices can inflate, check out the rest of this infographic to learn something new about all your favourite teams. With the 2018 World Cup finals right around the corner, perhaps you’ll purchase your own golden ticket. But of course, with the buzzing world of social media, it’s become easier than ever to enjoy the game from the comfort of your own home without that hefty price tag.

The World Cup 2018 in Russia is set to be the most watched event on the globe and it’s not hard to see why as it will feature some of the best players on the planet such as Lionel Messi, Cristiano Ronaldo and Neymar Jr. All 3 players will be hoping to win their first World Cup, while there is a new generation of young starlets who will be hoping for the same. We have taken a look at some of the most promising young players on Football Weeks that are set to feature for their countries in Russia.