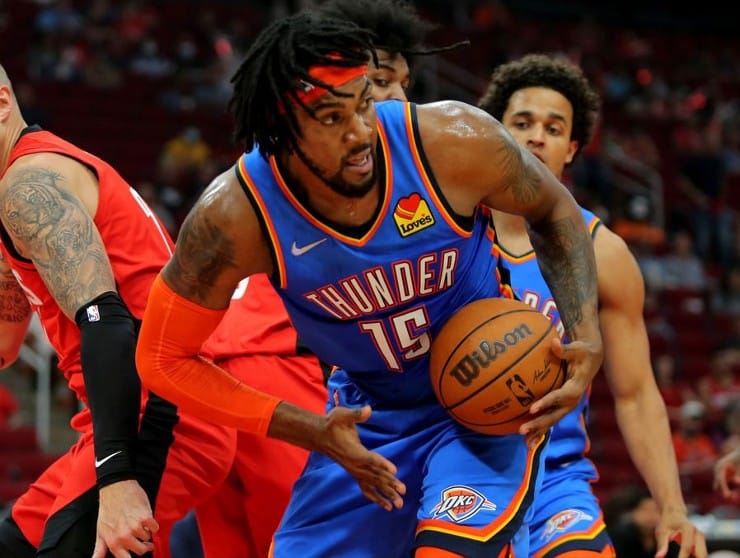 Most NBA betting sites are giving the Rockets and Thunder unfavorable odds of winning the championship in 2023. Of course, that’s just sugarcoating it. Both teams have the lowest odds in the Western Conference.

Last season, in 39 appearances with the Thunder, Favors averaged 5.3 points and 4.7 rebounds per game. The Rockets are his fifth team of his 12-year NBA career. He’ll have the opportunity to compete as a backup center.

As for Jermone, he played in 48 games with Oklahoma City last season. The third-year guard averaged 7.1 points, 1.6 rebounds, and 2.3 assists per contest.

Furthermore, Nwaba went undrafted out of Cal Poly in 2016. Now, the Thunder are Nwaba’s sixth team of his six-year career. During the 2020-21 season, in 30 appearances, the forward averaged career highs of 9.2 points and 1 steal per game.

Next, Chriss was selected eighth overall by the Sacramento Kings in the 2016 NBA Draft. The 6’9″ forward has bounced around the league from the Phoenix Suns to the Rockets.

In June, the Dallas Mavericks traded Chriss to the Rockets for Boban Marjanovic, Trey Burke, Sterling Brown, and the draft rights to Wendell Moore Jr. for Christian Wood. The 25-year-old will likely come off the bench for the Thunder.

Additionally, in 49 games with the Mavericks last season, Brown averaged 3.3 points and 3 rebounds per game. While averaging only 12.8 minutes, the fifth-year guard shot 38.1% from the field.

NBA fans took to Twitter on Thursday to discuss this random trade. Some are calling it “the crappiest eight-player trade in the history of the league.”

Another commentator on NBA Reddit thought Presti and Stone were just bored. Jokes aside, this trade is strictly business. It benefits both teams by helping to clear up cap space.

Bettors have low expectations for the Thunder and Rockets for the 2022-23 season. After No. 2 overall pick Chet Holmgren sustained a Lisfranc injury during The CrawsOver Pro-Am League, gamblers turned away from the Thunder.