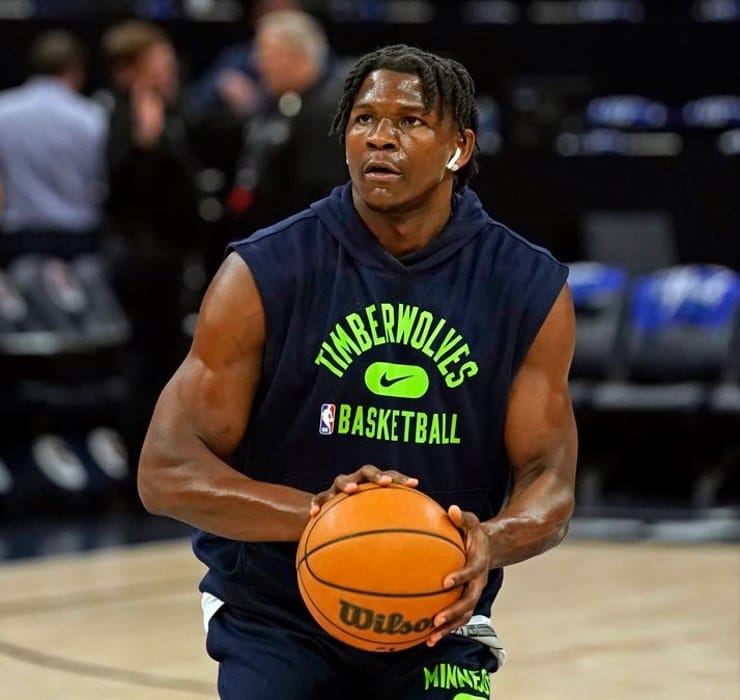 Edwards also averaged career-highs 44.1% shooting from the field and 35.7% from 3-point range. Now, according to Timberwolves columnist Jon Krawczynski, the Georgia product is practicing better at his summer workouts than he ever has before.

“I have had some conversations with Wolves people over the last couple of weeks here now who have been around Ant, who have been in workouts with him and have seen him up close and seen the work he’s putting in on his body, his game, on everything,” reported Krawczynski.

“I’ve had multiple people just say that he looks like a monster. We will see what happens when the lights come on, when training camp comes in and the games get going. I’ve heard a lot of really wave reviews about how Ant is looking.”

Watching Gobert, Edwards and Karl-Anthony Towns play together should be interesting. The Timberwolves have 16 nationally televised games in the 2022-23 season.

Furthermore, Edwards was then selected to the NBA All-Rookie First Team. The guard celebrated his 21st birthday earlier this month. And his 2022-23 team option was exercised on October 18, 2021. He will make $10,733,400 next season.

On Dec. 15, in the Timberwolves’ 124-107 win over the Denver Nuggets, Edwards became only the seventh player in NBA history to score at least 2,000 points in his first 100 career games before the age of 21. He joined LeBron James, Carmelo Anthony, Kevin Durant, Kyrie Irving, Luka Doncic and Zion Williamson.

Then, in his team’s 127-121 win against the San Antonio Spurs on April 7, 2022, Edwards scored a career-high 49 points. He could top his own scoring record next season.

In the first round of the playoffs, the Memphis Grizzlies bounced them in six games.

More news stories on Anthony Edwards and the Timberwolves are on the main page.