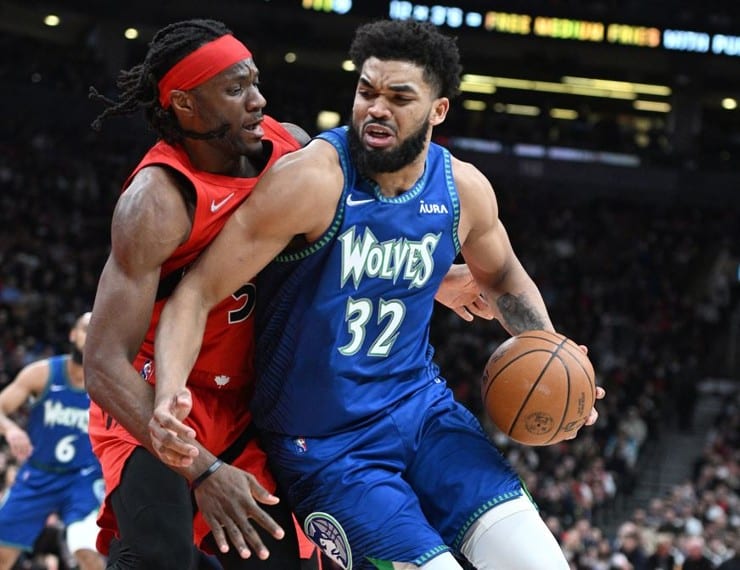 Minnesota Timberwolves center Karl-Anthony Towns is eager for the 2022-23 season to begin. For their season opener, the Timberwolves face off against the Oklahoma City Thunder on Oct. 19.

According to some NBA betting sites, the Timberwolves possess top-15 odds of winning a championship in 2023. Find out which sportsbooks are expecting another playoff appearance.

“So far on the court, the product looks amazing,” the Timberwolves center told Jon Krawczynski of The Athletic. “Just picking up where I left off from the summer. I really love where I’m at right now. I feel like I just look really good. I feel really good when I’m making my moves.”

On Monday, Towns made his training camp debut after missing the first week due to a non-COVID illness. He did not disclose his diagnosis. According to the Timberwolves’ medical staff, he spent time in the hospital.

“There were more drastic things to worry about than basketball at that moment,” Towns told Krawczynski after his hospital visit. “I wasn’t too worried about basketball for a while. But I miss the game, I love the game. I miss these guys.”

Ultimately, the Kentucky product wants the 2022-23 season to begin as soon as possible to help take his mind off things. The seven-year veteran wouldn’t go into any further detail.

Towns joined Shaquille O’Neal and Wilt Chamberlain as the only centers in NBA history to record at least 60 points and 15 rebounds in a single game.

Although expectations will be high for Karl-Anthony Towns and the Timberwolves, the center hopes to raise the bar in the 2022-23 season.

He can do that by winning Defensive Player of the Year. But the task will be a greater challenge with Gobert on the same roster. In the end, Timberwolves fans would prefer winning a championship over anything else.