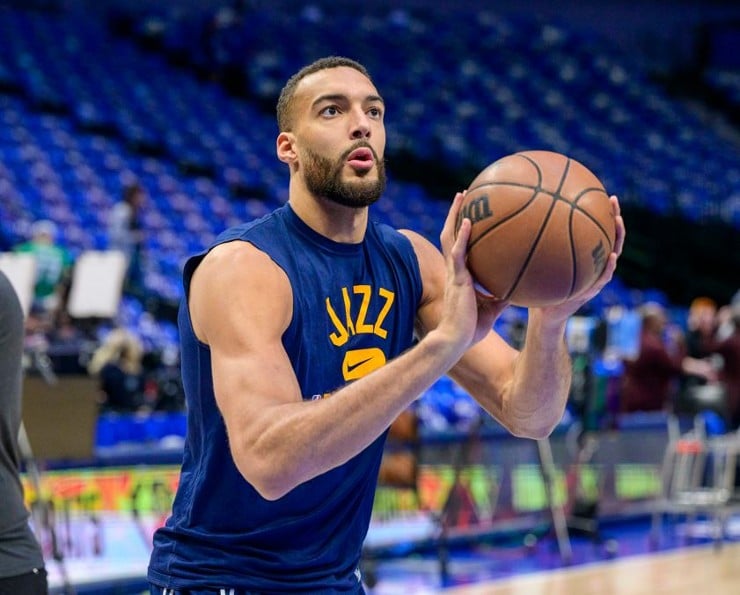 Minnesota Timberwolves center Rudy Gobert has his sights set on winning a championship with his new team in the 2022-23 season.

On Sunday, following the Timberwolves’ 119-117 preseason win over the Los Angeles Clippers, Gobert made his ambitions clear to Mark Medina of NBA.com.

“Every night will be an opportunity for us to get better,” said Gobert when asked about his expectations with Minnesota. “Basketball is not a perfect science. There is never perfection.”

According to some NBA betting sites, the Timberwolves have top-15 odds of winning their first title in 2023. Quite a few oddsmakers are listing the team as a potential dark horse of the Western Conference.

“But if you can play for each other and compete for each other every single minute on the court, we’re going to get better and better,” continued Gobert.

“Our goal obviously is to be one of the best teams in the Western Conference, then get to the Finals and play for a championship.”

When asked if the Timberwolves have a blueprint for winning a title in 2023, Gobert explained, “It’s going to take a lot of dedication and a lot of hard work. We’re going to need every single person in this locker room. It’s a long season.”

“But if you have the right mindset with getting better every single night, you will be in good shape when the playoffs come.”

He’s not wrong. Last season, Gobert finished second in total rebounds (968) and blocks (137). Plus, the center led the NBA in rebounds, averaging a career-high 14.7 boards per game, and finished with a league-best field goal percentage of 71.3%.

KAT is INDEED back.

During the 2021-22 season, Gobert also averaged 15.6 points, 1.1 assists, and 2.1 blocks per game in 66 starts with the Jazz. The ninth-year player then earned his sixth NBA All-Defensive First-Team selection.

Of course, the 7’1″ Frenchman knows all about pressure. At FIBA EuroBasket 2022, the center led France to a second-place finish. His team lost 88-76 against Spain in the championship game. During the tournament, Gobert averaged 12.8 points, 9.8 rebounds, and 1.2 blocks.

With Rudy Gobert, Karl-Anthony Towns, and Anthony Edwards, the Timberwolves have a good shot of winning an NBA championship in the 2022-23 season. Their roster is loaded with talent.

The Timberwolves have never advanced to the NBA Finals in their franchise history. However, the team made a Western Conference Finals appearance during the 2003-04 season. They went on to lose against the Los Angeles Lakers in six games, but at least Kevin Garnett won MVP that season.