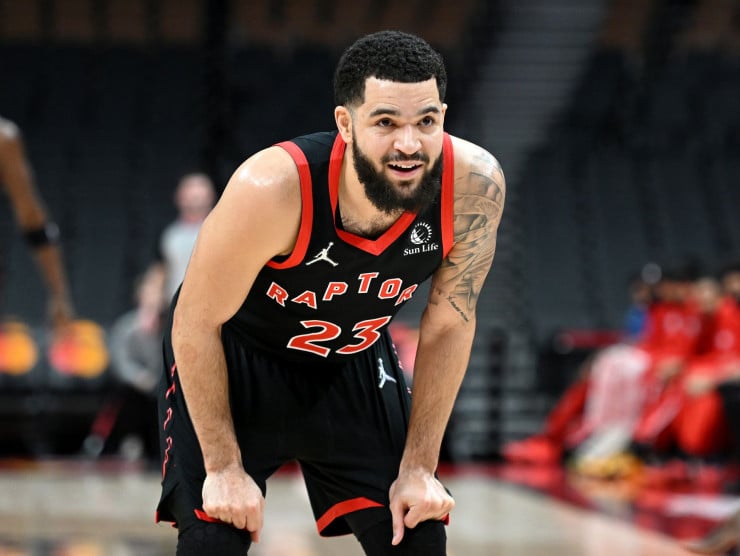 It has been a strange world since the Raptors won their first NBA championship three years ago. Kawhi Leonard was regarded as the best player in the world, Nick Nurse was a rookie head coach, and Fred VanVleet was just a role player.

Toronto took a slight step back the following year, finishing 53-19 and losing Game 7 of the Eastern Conference Semifinals to the Boston Celtics. The Raptors hit the bottom last season, finishing 12th in the East with a 27-45 record. It was an odd time for a variety of reasons but left a gigantic question mark heading into this season.

After losing three of their first four games this season, Toronto appeared to be in trouble with the Eastern Conference being so deep. They have been sub .500 for most of the year but now things are beginning to take shape. Entering tonight’s matchup with the Phoenix Suns, the Raptors are 20-17 and have won six consecutive games.

Every team was forced to adjust to the odd circumstances over the past two seasons but no team has had it as bad as the Raptors. Last season they were unable to play their home games in Scotiabank Arena and instead played more than 3,000 miles away in Tampa Bay. They are back in Canada this season but are now playing in an empty arena without fans. 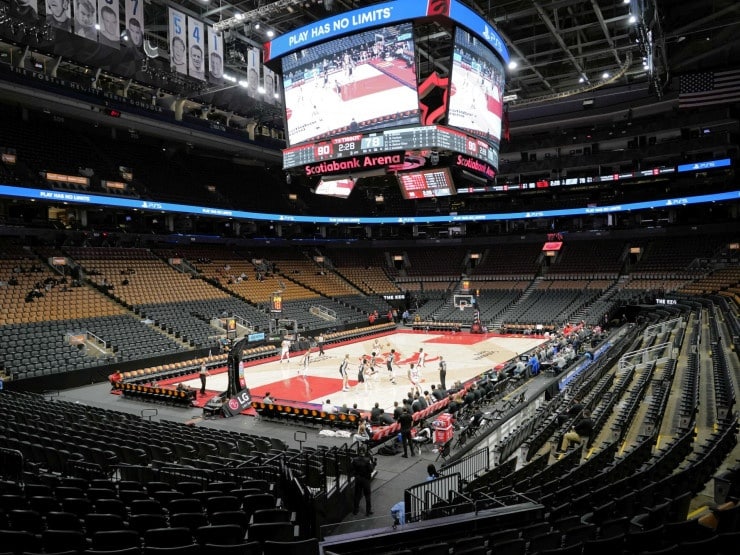 There are several reasons why the Raptors have been playing better as of late. One of the main reasons has been the strong play of Fred VanVleet. The former Wichita State product has taken on the role of point guard this season, after Kyle Lowry’s departure. He has had to make several adjustments to his playing style and even his pregame mindset. He remains a top-20 scorer in the league, while also ranking inside the top 15 in assists.

The 27-year old notched the first triple-double of his career on Friday when he finished with 37 points, 10 rebounds, and 10 assists in their victory over the short-handed Utah Jazz. VanVleet scored 24 points in the third quarter of that game, scoring 17 straight at one stretch. “I really thought it was the defense, to be honest with you,” VanVleet said, “just picking up full court and trying to generate some aggressiveness.”

The Raptors are outscoring opponents by 5.9 per 100 possessions with VanVleet on the court and are being outscored by 14.6 with him off the floor. That 20.5 net difference ranks 2nd in the league behind reigning MVP Nikola Jokic.

VanVleet is just one of several Raptors that have been leading the way on different nights. He currently leads the team in scoring but Pascal Siakam is right behind him. The 2018-19 Most Improved Player leads the team in rebounding this season, averaging a career-best 8.4 per game. After admittedly struggling during his time in the Orlando bubble, the versatile forward has been playing well in all aspects of the game this season.

OG Anunoby continues to be the defensive anchor for this team, and is averaging career-highs in scoring, assists, steals, and free throw attempts. The latter is something that Toronto has to be extremely pleased with. His progression at the free-throw line has been outstanding, shooting 84 percent this season. Anunoby was a career 67 percent shooter at the line through his first four seasons.

Toronto made waves during the draft last summer when they selected Scottie Barnes with the 4th overall pick. Their decision to take Barnes in favor of Jalen Suggs caught many by surprise, but it appears to have been the right decision. The forward never had the spotlight at Florida State, but he has shined brightly for the Raptors this season as one of the top rookies in the league. He and Evan Mobley are the two betting favorites to win the award.

Barnes is averaging 15 points, 8 rebounds, and 4 assists per game while shooting 52 percent from the floor. He ranks 2nd in rebounds and 3rd in assists for the Raptors. His presence on the defensive end of the floor has been rock steady as well, as he is the leading shot-blocker for this team. His vision and ability to lead the break have Toronto playing much better in transition, and the ball movement for this team has been outstanding. They only turn the ball over 12.6 times per game which ranks 4th in the league.

With VanVleet as the new floor general, Gary Trent Jr has been able to establish himself at his natural shooting guard position. Following his impressive campaign last season, Trent has been playing even better this year, averaging a career-high 16.4 points per game while shooting 42 percent from the floor and a career-best 85 percent from the free-throw line. His assist numbers are also at a personal best and he leads the team in steals this season, a category where they rank 3rd in the league.

After breaking out last year, expectations were high for Chris Boucher coming into this season, even with the addition of Precious Achiuwa. The 28-year old doesn’t have the strength to battle some of the bigger guys in the league but he provides the Raptors with length and athleticism at the position. If Boucher can regain his shooting touch and rebounding from last season, it would add to their already impressive depth.

After a shaky start to the season, the Raptors find themselves on the cusp of the top six in the East. They are struggling to beat the elite teams in the league (8-11 vs teams above .500) but are taking care of business against the less competitive teams. Toronto is 3-4 in games decided by one possession and has not won an overtime game this season. Still, they have been playing much better since the calendar flipped.

The Raptors have won 6 in a row. pic.twitter.com/3mdw2KKalq

Securing a spot in the top six is the ideal scenario for this franchise as they seek to get back to their days as championship contenders. They might not have the upside that Milwaukee, Brooklyn, Chicago, and Miami have but they do have a couple of things that could help them in the second half of the season.

Should the Raptors match up with the Nets in a playoff series, they would have an advantage in that Kyrie Irving would likely not be able to play in any of those games. Due to the vaccine mandate and restrictions in New York and Toronto, he would not be eligible to play in either city.

The Raptors have another trick up their sleeve with the situation with Goran Dragic. The veteran guard remains away from the team due to personal matters but was clearly never excited about the opportunity to play for the Raptors after being traded in the summer for Lowry. Dragic is still a quality player that can be of great value to a title-contending team, especially since he is on an expiring contract. With the trade deadline less than a month away, the Raptors will need to cash in on this trade chip.

Toronto doesn’t necessarily have a glaring need in terms of their roster as they finally have their team at full health. The focus going forward should be on the “three Cs” as in chemistry, consistency, and confidence.

Following tonight’s game against Phoenix, the Raptors will hit the road as they visit Detroit, Milwaukee, Miami, Dallas, and Washington. It will be a tough test but one that this team will relish as they prepare to make another postseason run.