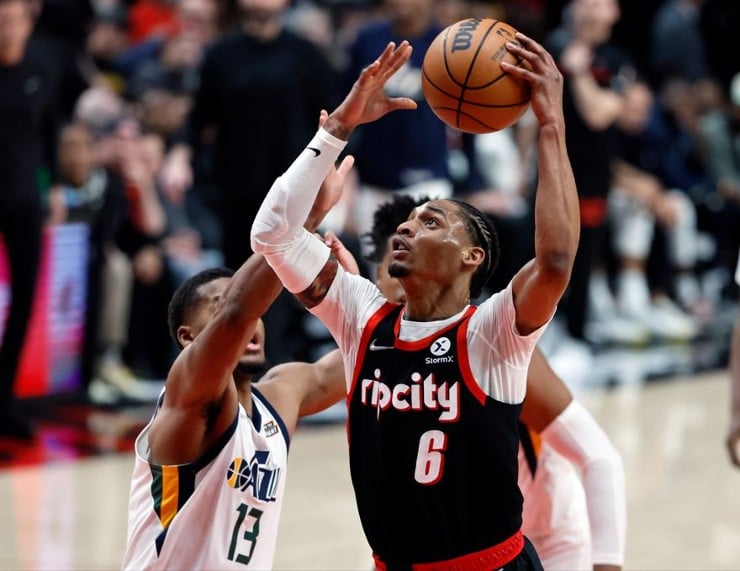 The Portland Trail Blazers are picking up Keon Johnson’s $2,808,720 team option for the 2023-24 season. This is part of the four-year, $12.5 million rookie scale contract the guard signed last August with the Los Angeles Clippers.

Per multiple NBA betting sites, the Trail Blazers have bottom-15 odds of winning the championship in 2023. Though, some sportsbooks are anticipating another playoff experience.

The Trail Blazers are picking up the 2023-2024 option for guard Keon Johnson, sources tell ESPN. Johnson played 25 minutes a game after arriving in trade with the Clippers last season. He was the 21st pick in the 2021 draft.

The Trail Blazers had until Oct. 31st to exercise the club option. It appears the front office made the right choice. Johnson was selected 21st overall by the New York Knicks in the 2021 NBA Draft.

However, the guard was traded to the Clippers for Quentin Grimes and a 2024 second-round draft pick. In 15 games played off the bench with Los Angeles last season, Johnson averaged 3.5 points and 1.4 rebounds while shooting 33.3% from the field.

In February, the Clippers traded Johnson, Eric Bledsoe, Justice Winslow, and a 2025 first-round draft pick to the Trail Blazers for Robert Covington and Norman Powell.

To add to his college statistics above, the guard was selected to the SEC All-Freshman First Team. Keon Johnson has now come a long way since his days with the Volunteers.

If the Trail Blazers are to return to the playoffs in 2023, they need him to stay healthy. This applies especially for Damian Lillard.