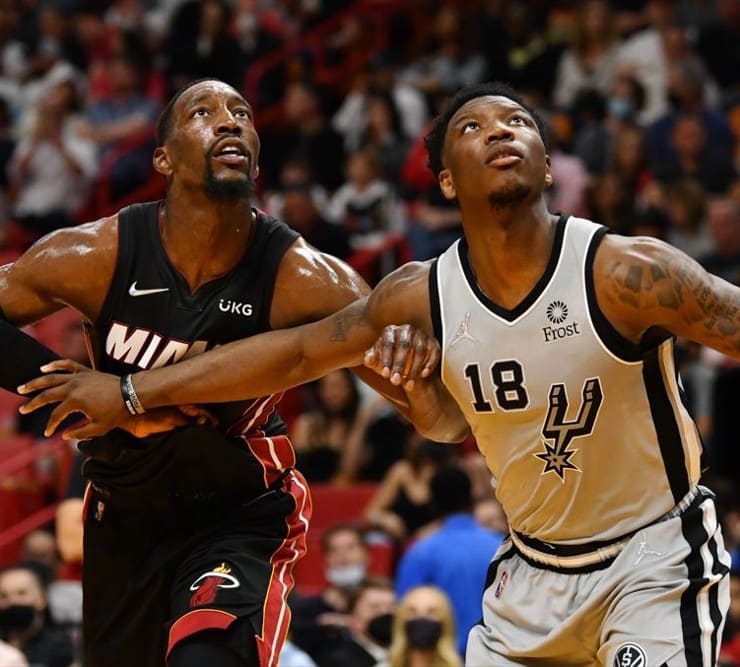 The Portland Trail Blazers have signed Devontae Cacok to an Exhibit 10 contract. This is a non-guaranteed deal. On Sunday, the team waived center Norvel Pelle and signed Olivier Sarr to a training camp deal.

Sarr, 23, will compete with other backups, Drew Eubanks and Trendon Watford, for a roster spot during training camp. An Exhibit 10 deal can be converted into a two-way contract before the regular season begins.

In July 2019, Cacok went undrafted out of UNC Wilmington. After signing an Exhibit 10 contract with the Los Angeles Lakers, he was waived a couple of months later.

Training camp could determine whether or not he’ll play with the Trail Blazers next season.

He was then named to the G League All-Rookie Team and was selected to the All-NBA G League First Team. The UNC Wilmington product turns 26 next month.

During free agency in September 2021, Cacok signed a deal with the Brooklyn Nets. However, he was waived a month later. The forward didn’t play a single game for the team.

Furthermore, the San Antonio Spurs claimed Cacok off waivers from the Nets on October 16, 2021. He then signed a two-way contract with the team. In 14 appearances with the Austin Spurs, he averaged 20.9 points and 12.4 rebounds per game.

On March 2, 2022, his two-way deal was converted into a regular contract. Based on his G League performances, he has the potential to make the Trail Blazers roster.

In 111 games played in the NCAA with UNC Wilmington, the wing averaged 12.3 points and 9.8 rebounds per game. After averaging 1.1 steals and 1.3 blocks per game in his sophomore 2016-17 season, Cacok won CAA Defensive Player of the Year.

Additionally, in his junior 2017-18 season, the forward led the NCAA in rebounds, averaging 13.5 per game. He also averaged a career-high 17.7 points per game. He was selected to the All-CAA First Team.

In February, Devontae Cacok became the fifth player in UNCW’s basketball program to have his jersey retired. His No. 15 jersey will remain untouched by the Seahawks.

He’ll have the chance to play for the Trail Blazers next season.