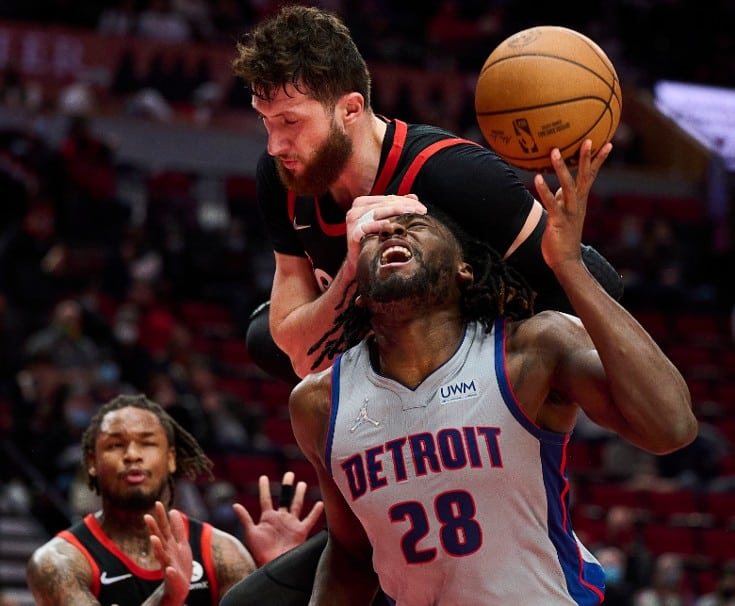 Can the Pistons defeat the Trail Blazers for the first time since Mar. 30, 2019? Portland has won four straight regular season games against them. In addition to the starting lineups and injury report, our top NBA picks and betting trends are featured below. If you place bets each week, read our best NBA betting sites list for 2022.

All Trail Blazers vs Pistons betting odds can be found at BetOnline.

For Monday night’s cross-conference rematch, the Trail Blazers are looking to put a stop to their four-game skid. Portland has not won a game since Mar. 12, when the team defeated Washington 127-118. The Trail Blazers are 1-9 in their last 10 contests. In their 129-98 road loss versus the Pacers on Sunday, guard Josh Hart led his team in scoring with 26 points in 30 minutes played.

Monday night at the crib 🏠

Meanwhile, on Saturday, in the Pistons’ 113-109 road loss against the Cavaliers, forward Jerami Grant scored a team-high 40 points in 35 minutes played. Forward Saddiq Bey accumulated 20 points, 6.0 rebounds and 3.0 assists in 36 minutes of action as well. Cleveland outscored Detroit 64-54 in the paint. But, the Pistons shot 13-for-30 (43.3%) from behind the arc.

Per ESPN’s Basketball Power Index, the Pistons have a 73.1% probability of winning.

Contrary to what the records show, this contest favors the Pistons. Although Detroit is 0-9 in its past nine meetings against Western Conference opponents, the team is due for another win. Portland is without Anfernee Simons, so Detroit has the edge. Pick the Pistons to win, they will cover the spread and the total will go over 222.5. If you have never placed a bet, read our handicap betting guide. Other NBA picks are on the main page.

All NBA betting lines were retrieved from BetOnline, one of the top sports betting sites for residents living in Oregon and/or Michigan. Click below to claim a free bet, if you’re a new customer.