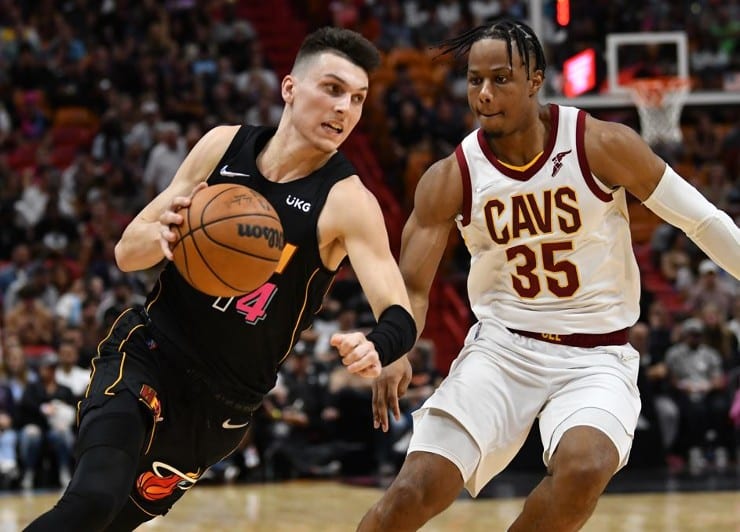 On Monday, Miami Heat guard Tyler Herro signed a four-year contract extension with the team worth $130 million. According to sources, $120 million is fully guaranteed. But the deal also includes $10 million in incentives.

Per multiple NBA betting sites, the Heat have top-10 odds of winning a championship in 2023. Find out which sportsbooks are giving them the best odds of returning to the Eastern Conference Finals.

*Must play in 75% of Regular Season Games
*Incentives are capped at a max of $2.5M per season

Furthermore, the third-year guard must play in 75% of regular season games. Barring a major injury, Tyler Herro should have no problem appearing in 62 games. Plus, incentives are capped at $2.5 million per season.

While winning DPOY is a long shot, even if he wins the award and receives an All-NBA honor, the most he can earn in added bonuses each season is $2.5 million.

It should also go without saying that if Herro wins MVP and DPOY in the same season, he’ll receive an All-NBA First-Team selection as well. The strange wording is based on salary cap regulations within the CBA.

Heat president Pat Riley released this statement on Herro’s multi-year deal: “Tyler is an impact multi-faceted player and we are excited to have him signed for the next 5 years. His improvement every year since we drafted him has led to this day. We believe he will continue to get better.”

Head coach Erik Spoelstra also commented on Herro’s re-signing. “It is gratifying for everybody involved,” said Spoelstra. “Everybody in our organization, for Tyler, his family, his representation.”

On October 23, 2021, in the Heat’s 102-91 loss against the Indiana Pacers, the guard became the first player in franchise history to record at least 30 points and 10 rebounds off the bench.

If Tyler Herro plays like he did last season, he’ll have no problem receiving at least a $1 million bonus in the 2022-23 season. Regardless, the guard’s future is set with the team.